Spector. A band we loved from the very first time we heard one of their songs. After their last album release in 2015 the band took a while off to work on new material. Now they are back with a brand new EP and they sound better than ever before! We met singer Fred Macpherson at the wonderful Handmade Festival in Leicester a few days ago and talked about music, his extraordinary talent for writing brilliant lyrics and of course – Harry Potter stuff.
Read the interview below and find all our photos of the weekend here.

‘Ex-Directory’, your new EP, came out a couple of weeks ago – which we think is absolutely genius. How about we go through the four songs and you tell us a bit about each of them?
Untitled in D: It was fun writing a song like that again, there wasn’t many fast / more rocky songs on our second album. We didn’t necessarily have something like that in mind and one day I was listening to maybe Weezer or something like that and I was like ‘Ah I’m gonna try and write a song like that’ – and it came quite quickly. I was happy we could have a very simple, melodic song, with lyrics that had quite funny words for a chorus. Getting the word ‘institutionalised’ into a chorus was quite fun. It feels very pop, but all the words are overly long and maybe a bit pretentious, but somehow work together.
Fine Not Fine: That one came from a time where I was trying to write 10 songs a week, two songs every week day. When I wrote the lyrics, I wasn’t really thinking about what I was writing. It was the first thing I thought of and I just wrote them down. There wasn’t any re-writing apart from one line. The original lyric was “I’ve never been myself, it’s doctor’s orders” – that’s an exclusive for you – and I changed it to “I’ve never been myself, I just follow orders”. That was the only bit that changed, the rest of it came pretty quickly and the middle eight is kinda about getting older, and the idea of having this house party and the neighbours coming and knocking and they don’t want you to turn it down, they are totally cool with it. And then your parents are coming and they are relaxed too. You really start feeling old when you don’t worry about anything you’re doing in front of your parents and you kinda can’t shock anyone anymore, including yourself. I guess that song is about that. And again – a really fast song. A lot about the EP was finding something between the first and the second album rather than just keep going into a slow, more electronic direction – which might be more obvious. I think we said that before but the older we get we wanna do more young-sounding music, you suddenly wanna do stupid guitar rock music again.
Local International: I wrote Local International with Tom Shickle, it was one of the first songs we’d written together. He had a drum loop and this bass line with one note, and we were kinda like ‘How long can we stay on that one note?’. It’s one of my favourite tracks on the EP, probably my favourite one.
Wild Guess: That one started more as a ballad, and now it only stays a ballad for like 20 seconds and then gets bigger. We wanted to make the ballad last longer but we didn’t know how to do it structure wise. But I’d love to return to that song and maybe work out another version, with a long outro or something.

With the whole EP I think we didn’t try to take ourselves too seriously, and tryna have a bit more fun, I’m happy that injected so much energy into our sound – and it’s not only four or five guys on stage being like ‘Oh my life is so hard’. I mean it still is exactly that, we’re just doing it fast. *laughs*

Is the plan still to release another EP?
Yes! We’re working on it at the moment, we’ve got a title and the artwork, we just need the songs. We also wanna release our song ‘Tenner’ properly. We’ve got so many songs, and the idea about the EPs is to release music more often, so yeah, we’re gonna do that before we gonna do another album. 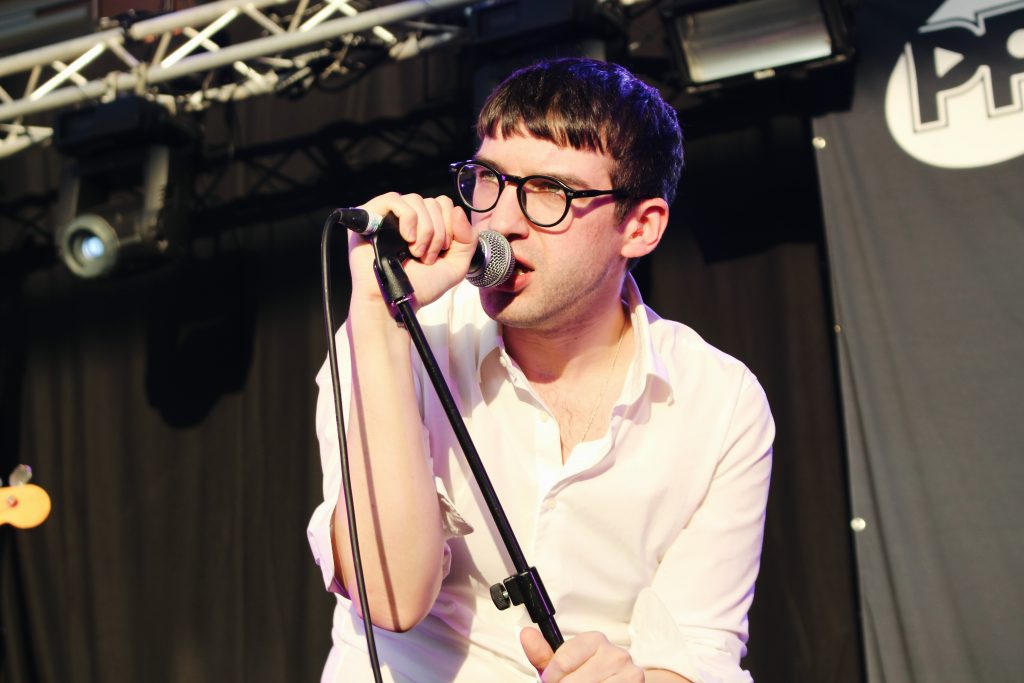 In an interview you said you finally kinda found your sound and that the new music feels most like your true selves? How did you get to that point? You already mentioned this a few minutes ago…
I think it came from playing the songs of our second album live and them being more performance based and arranged for instruments rather than arranged on laptops – cause that’s how we do our demos usually. So this time it was more about capturing people play rather than having lots of synths, a straight beat and then vocals on top. We just tried to make it a bit more human.

Whenever I listen to your songs, there is always one line or one phrase that sort of stands out and makes me stop and think about it. Do these lines come easily to you or is a lot of it very thought through?
I think the best ones are usually the ones that come easy and you don’t actually think about them. Jed told me about this quote by Stephen Fry ‘The best time to write is when you go to the toilet’ – cause you’re not thinking about writing. It’s that kind of thing, when you’re not planning or thinking about something, you’re more yourself. You should try your best to not think. And with us, ‘cause we overthink everything in our lives and look like very kind of self-indulgent people. I think the secret of writing is trying to create scenarios where you’re just as mindless as possible, and then you bring out some truth from yourself.

Have you got any regrets regarding your music?
All of it! *laughts* No, I think no one’s ever happy with anything… John Lennon once said he’d change all of the Beatles recordings if he could, and they are marginally better than us. When you record something you just hear all the little things, I don’t regret anything about the song I just think the vocals should be a bit louder, on ‘Local International’ for example, or something like that. Never really the songs itself, just boring details, like vocals or different production etc. I think ‘No Adventure’ on our first album was over produced and the demo of it was a bit more raw and closer to what the song should have been. I often regret the amount of how we dress up the songs in the studio, sometimes the songs speak for themselves better. But it doesn’t keep me up at night. I do regret bad shows though!

I don’t know if you ever had any problems with that kind of stuff, but what advice would you give to a band when they start working with a record label for the first time?
I think you need to build up a genuine relationship, and not find yourself in the classic situation of thinking you’re on two different sides. Only sign with people you trust and like, and then just really try and be honest with each other and not turn it into this corporate thing. You don’t have to sign to a label, but if you do also know that now you are trying to make music that needs to be sold/streamed and promoted. And I think you have to create an environment where you feel comfortable making music true to yourself. And have a sense of humour about it, don’t let it get too serious or heavy with your interactions. Try and keep it human. 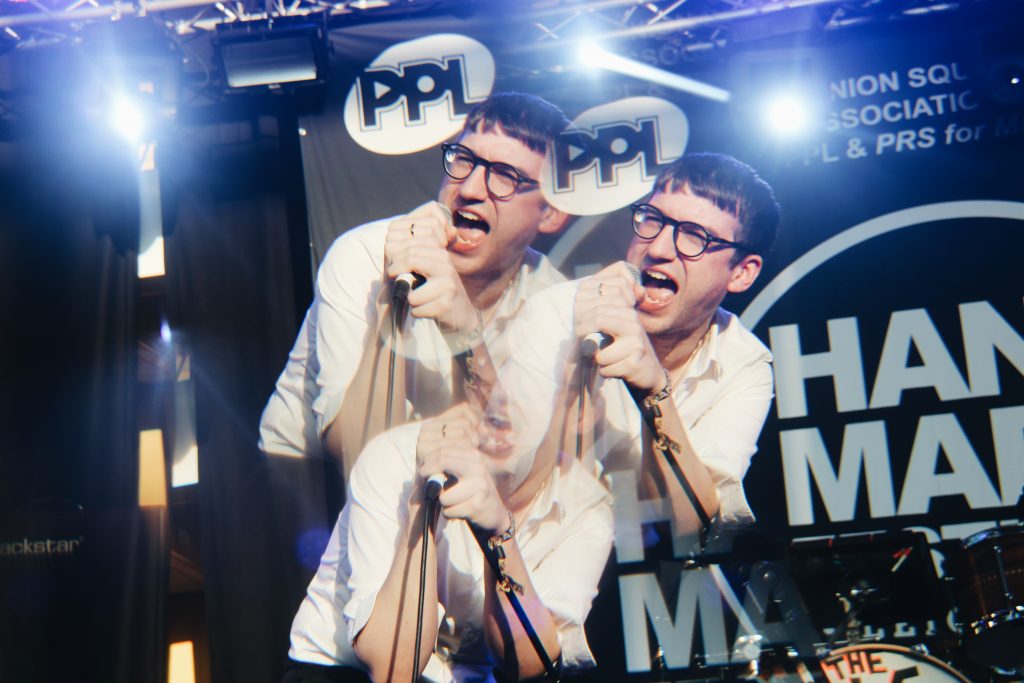 I think you would agree if I say the new EP is strongly influenced by 80s music – what’s your favourite 80s jam?
Oh that’s a good question. I like lots of 80s music. It’s not the music I put on and listen to, but it’s the kind that when I hear it just draws me to it. I love Spandau Ballet, Orchestral Manoeuvres In The Dark and all these bands that are quite cool but then have these really cheesy massive songs. Like ‘True’ or ‘To Cut A Long Story Short’ by Spandau Ballet. But ‘Vienna’ by Ultravox is probably my number 1. I like the heavy emotional way.

You mentioned you all do other stuff beside Spector, so… what do you do when you’re not on tour or in the studio?
I try to do as much different music stuff as possible – writing with other people, working on other people’s music which I’m starting to do more. I also do copy writing for people… writing stuff, spell checking – I’m very anal about spelling and grammar. I can see spelling mistakes and that kind of stuff very quickly, which is a very boring skill to have but one that people really seem to appreciate. *laughs* None of us has a 9 to 5 job, we all do lots of different stuff. We’re always involved in other things.

Let’s say your job was to teach kids music – which album would you send them home with on their first day?
It would probably be something that is instantly melodically satisfying. The Beatles probably, I feel like kids like them. I loved them as a child because it’s so immediate and there is rarely a moment where there isn’t a harmonic change that is instantly satisfying. But I feel the same about the first two Strokes albums, they are perfectly arranged. I would give them anything that shows them you can create emotional impact with quite simple musical decisions, it doesn’t have to be complicated, you don’t have to arrange symphonies at age 4 but with one finger on a piano you can make something quite emotional. I think it’s important to teach children that music is not something only well trained or very gifted people can do, but it can be an outlet for anyone to engage with their emotions. It’s this unspoken language that crosses different countries – without wanting to sound cliché – but it does bring people together. It’s nice when children play music ‘cause they can develop their musical language before they fully develop their brain or their own language.

Imagine you were the Sorting Hat. What Hogwarts houses would you sort your band mates into?
I’m definitely Slytherin. I’ve checked it at least three times on Pottermore, it’s always Slytherin. But I was confident I was anyway. I feel like Jed would be Ravenclaw. Danny would be Gryffindor… or maybe Hufflepuff. Then Tom would be in Gryffindor – he is brave. Yeah, that would be my guess. 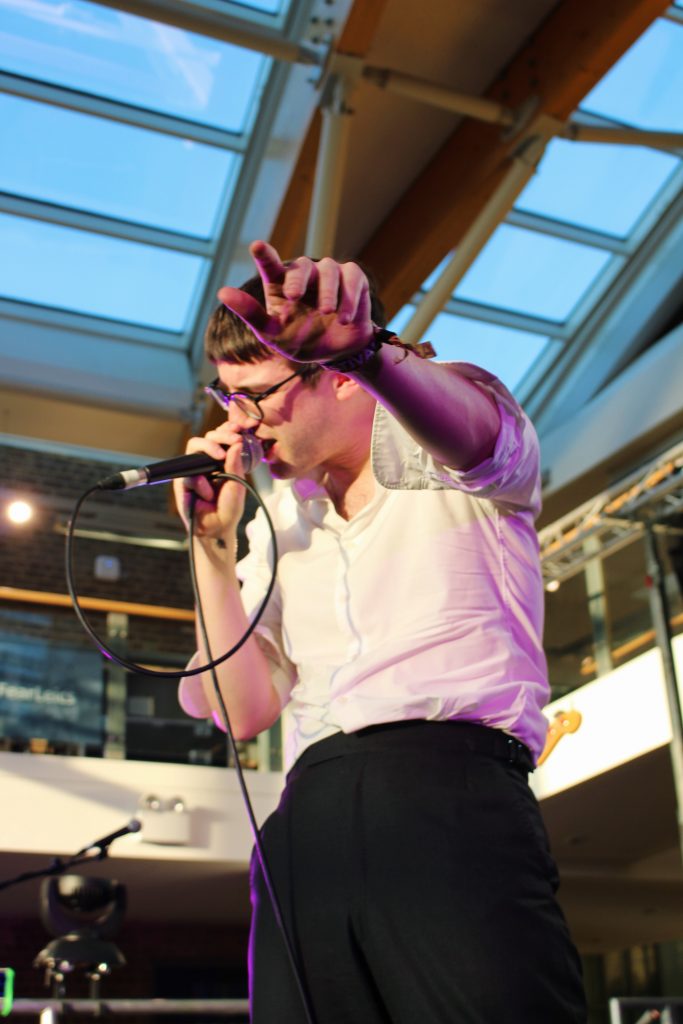 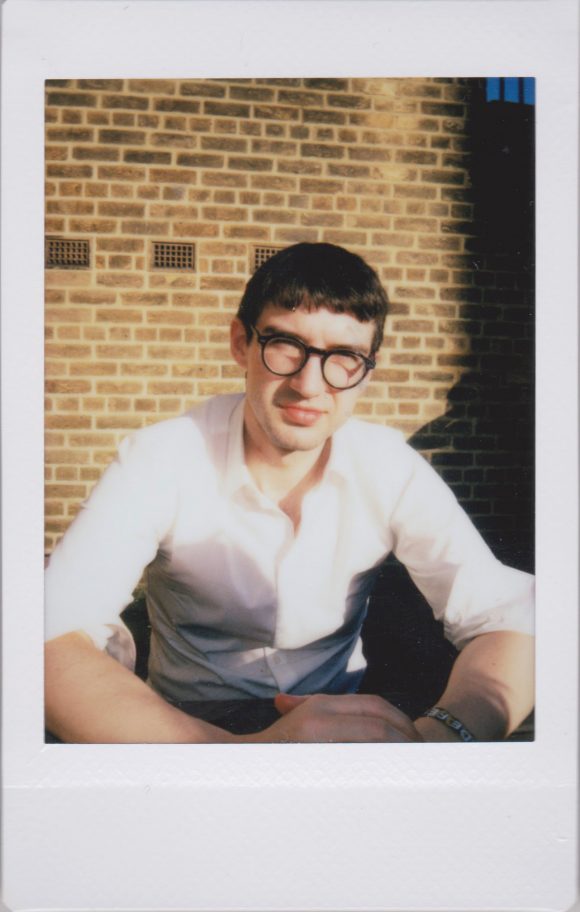