From the opening track Los Angeles to the three bonus tracks the Haim sisters have produced a retro-sounding setlist, with an immaculately fresh sound.
The album’s sound is summertime at its finest, with influences of multiple genres being pulled in, but lyrically a story is being told, especially about what is happening around the three sisters. I Know Alone presents itself as a synth style pop song, but the lyrics seemingly relate to depression and the expectations placed on people to grit and bare it; I Know Alone is a sad anthem, which, despite its subject matter, still gives hope, but in a more realistic way.
Synth sounds aside, Gasoline is a soft rock song relating to the idea of an addictive lover, who is compared, in the first verse, to cigarettes. The softly sung chorus is paired with a country-esque instrumental, which reminded me of their first single Don’t Save Me, creating a laid back atmosphere to a strongly worded song.
All three of the HAIM sisters had suffered some form of turmoil during the three year period between this album and their last, with this being reflected in both Now I’m In It and Hallelujah making indirect references to Danielle’s struggle supporting her partner through his Testicular Cancer diagnosis. Hallelujah is definitely a country ballad, but the heart found within the track is unparalleled within the whole album, especially with Alana’s verse referring to her late best friend.
There is also a feeling of anger felt in the album, especially in Men From The Magazine taking a jab at the overt male-centric nature of the music industry. HAIM themselves said that this track was inspired by the prejudice that magazine writers have especially concerning the faces pulled by Este when she is performing; Este stated “there was this one interviewer who asked if I made the faces I made onstage in bed. Obviously he wasn’t asking about when I’m in bed yawning.”
The retention of their roots combined with new styles and outright direct messages has created a wonderful album about female empowerment, overcoming heartbreak and overall has a feeling of growth. 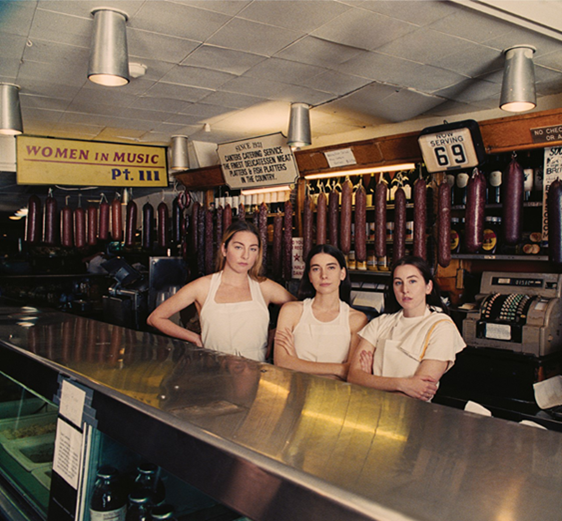 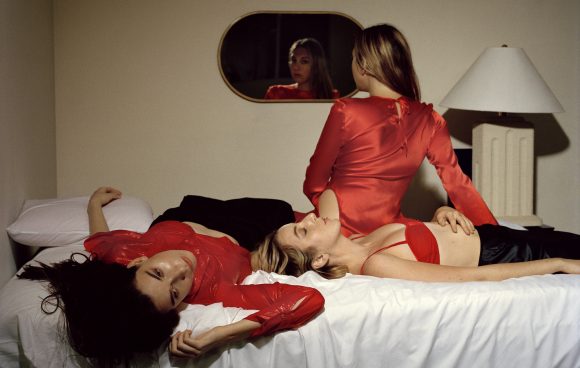