Finally it’s here – our interview with our beloved new friends Middle Kids. I met them for a chat when they were in Manchester a while back… ok, a bit more than a while back. But here it is now, the lost but finally found interview with one of the best new-ish bands you will find. We talked about their debut record and a lot more, but meanwhile they have released a brand new EP – New Songs For Old Problems – which is out now, and following up to the release, the band has also announced a little tour, for which you can get tickets here!

So, your debut album finally came out, and I really fcking love it! Tim produced the EP, right? So, who did you end up working with on the album?
Hannah: Hm, who produced the album?
Tim: It was a guy called Tim Fitz. Hah, I produced the album as well, but we got Peter (couldn’t hear the last name) to mix it and he’s worked with The National and Interpol so he actually brought a big sound to it. We brought Ephraim Phan-(couldn’t hear the last part) to record the drums and most of the vocals.
Hannah: But Tim produced the whole thing.
Tim: Oh, stop. They hated it because we were recording a lot of it at our house, which we still have to do.
Hannah: We always keep saying that because we always do a lot of home recording and then we’re like “Oh, ok, next thing we’ll do it properly in the studio.” but then we always end up back at home again.

It sounds so good. Is there any track on the album that you’re most proud of?
Tim: Let’s answer all one each. I love Bought It, the first track. I’m proud of the way, when I first heard the demo that Hannah did, it had like an energy about it that really pulled you in. It was very intimate and cool and I feel like I’m really proud that we didn’t lose that in recording the full version.
Harry: I really like Tell Me Something. It’s like on the back of the record. I think it’s like kind of a unique track on the album and there’s a lot of space to it which I think I always enjoy playing it and listening to it because the album is very textural and has a lot of layers. That one has a lot of space, everything in there is essential that you’re hearing so that one is one of my faves.
Hannah: I think one of my favorites is On My Knees because it’s kind of crazy and it changes keys a lot. Playing it live is really fun, get to like thrash it out, but also I had so much fun writing it. It’s got that really crazy syncopated feel and really wild melody line that I can barely sing, but I try. It’s kind of like a mess, but cool you know? 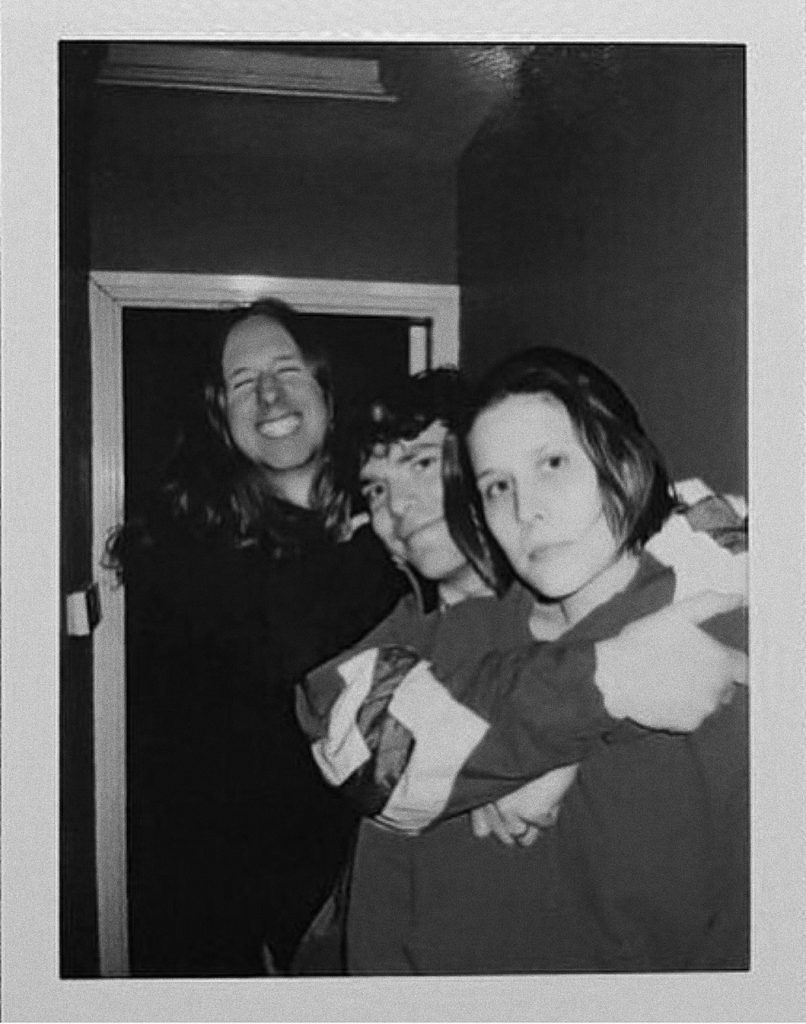 You’re currently on a massive tour so what has been the highlight so far?
Hannah: Well, I mean, there have actually been so many highlights because we’ve never toured Europe before. So, one thing you could say is that we’ve just been able to go to so many cities we’ve never been to before and experience that as people outside of the band. We’ve been able to like walk around and see beautiful places and meet people. That has just been so fun. 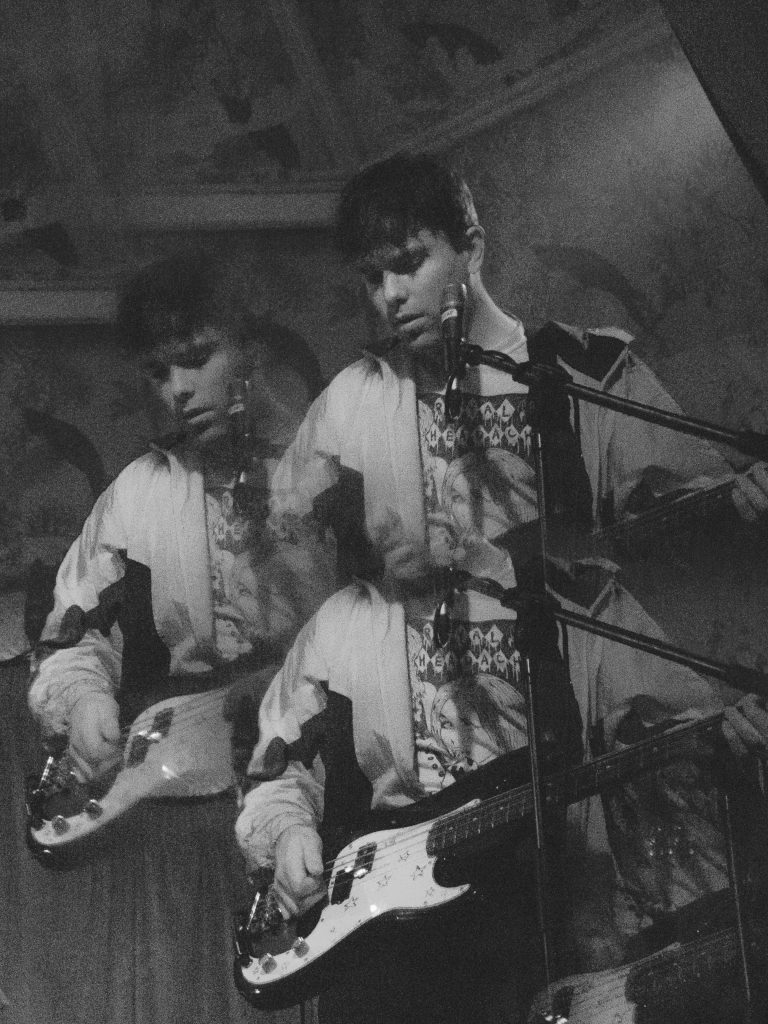 As a touring band I’m sure you’re using air b&b all the time. If you could be the hosts of a band or artist yourself in your own home who would it be?
Hannah: Oh my gosh! You have to be careful because you don’t want your house to be destroyed!
Tim: I feel like an older band would be more fun than a younger band because you could ask them their stories and their advice you know?
Hannah: I would say Radiohead.
Tim: Even if we weren’t there, I would be so stoked if Radiohead stayed in our air b&bb.

Now a very cute question, what is one thing you appreciate about each other?
Hannah: Let’s build each other up. Something I appreciate about both the boys is that, well for all of us I think we’re quite different, but we seek to learn how to understand and love each other even when it can be hard or if we don’t understand where the other person is coming from. I feel like even though we have that, I’m thankful that the boys are always trying to reach past that and really continue to care for each other and care for me even if it can be hard.
Tim: One thing I appreciate about Harry is on the road he brings a great energy. Sometimes it’s very hard to bring a good energy and I’m more introverted and Harry is more extroverted so he can bring the party a little bit which is nice to have a bit of positive energy in the tired times when we’re a bit fatigued.
Harry: One thing I appreciate about Hannah and Tim both is they’re both very good communicators. Which is something that’s very important when you’re working together and also when you’re friends as well. I think that that’s probably the one thing that is intense about being in a band with your friends. You usually don’t work with your friends so I think being really good at communicating and talking about stuff, whether it’s musical or it’s beyond music, they’re both very good at that. It’s nice and easy.

Aw, this is really sweet. 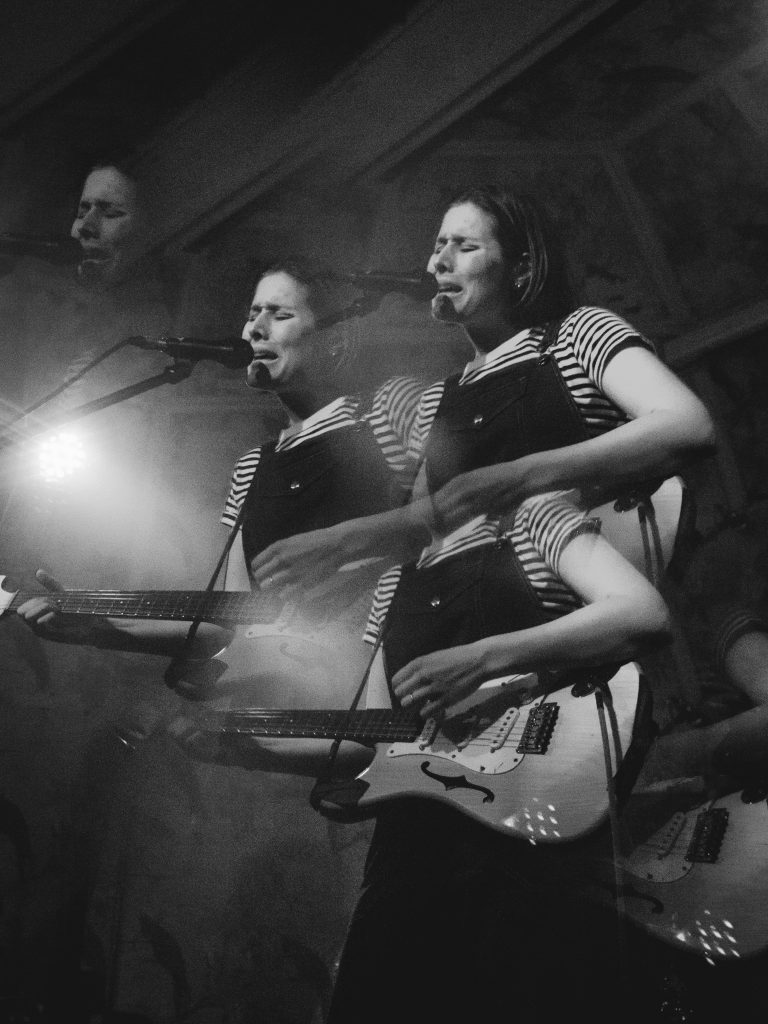 Back to music – what’s one song that makes you dance immediately?
Harry: Hunnybee by Unknown Mortal Orchestra has become my favorite song of the year.
Hannah: We all groove to that actually!
Harry: You just can’t stop moving when I put that song on.

What was the last album that you had on repeat constantly that you really loved?
Harry: There’s an album by Sandy Alex G called Trick that I’ve been listening to a lot recently.
Hannah: Well, I mean this is very contextual, but we just supported Bloc Party around Europe and they played Silent Alarm and that was like a really big album for us when we were younger. We’d listen to it every night live and in the van too I was just listening to it again and again.
Tim: I’ve been listening to an album called Impossible Bird by Nick Lowe. He’s like an old country guy which a band we were touring with recommended and it was really cool.

The last one already, so what’s the plan for the future?
Tim: Well we finished recording a bunch of new songs just before we left and we’re just trying to work out how to release those. One of them is already released it’s called Salt Eyes. The other ones we’re just sort of mixing and working on them so that’s gonna happen and we’re just going to be touring a lot.
Hannah: We’re planning coming back to Europe in the summer. Which would be super fun. It would be nice to be here when the weather’s warm and stuff.

Meanwhile they did find a way to release those new songs – their new EP is out now! 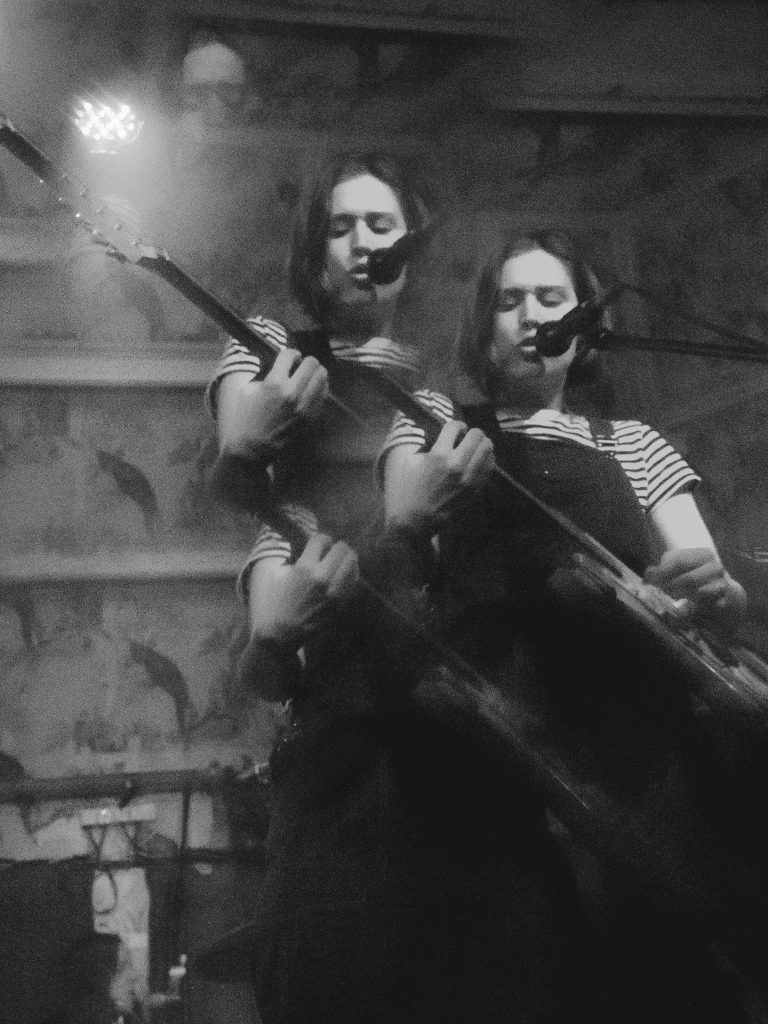