A few weeks ago I’ve met the wonderful, multi-talented Orla Gartland via a little zoom call. She told me about her debut album, working with friends, an Irish sport – that has a different name once women play it (questionable, but it still sounds like GREAT fun), creativity during a lockdown and much more.

The new single “Zombie” of her debut album will be out on April 13th. In the meantime listen to and watch her video for ‘More Like You’ right here.

PS: Orla Gartland loved my flat – I just wanted to put that out there.

You just released your new single “More Like You” a few weeks back, alongside a video that you co-directed, right? Could you tell me a little bit about it?
Yes! I directed it with my best friend called Greta Isaac – we have been friends for years – I asked her to art-direct my whole album. She’s helped me with the video, with the cover art work and all of that, it’s really fun to do it together. She knows me certainly well, and she knows how to push me (in the right ways), you know? If anyone else would have suggested that I dance for the music video I wouldn’t have agreed, I think. Greta just knows me so well. She knows where my limits are, but she is able to push me in such a good way that I am able to go out of my comfort zone sometimes.

It is such a great video! I love the little dance.
Thanks! It was a really small team, there were maybe four of us?

The past two singles have an artwork that is connected – what was the idea behind it?
The single covers are tied together by the window, yeah. There is an artist called Demii Whiffin – I loved her work for years, she does a lot of – almost sarcastic – pieces. So we did the single artwork together with Greta. We had so many ideas and there is so much going on in the collage, that we kind of had to contain it – so we came up with the window idea.

We had a friend that had a really cool window in London, so we just did this – almost boring – photoshoot of me doing this and that in front of a simple window.

What Demii did to them afterwards is absolutely incredible.

Agreed, I love looking at artwork and seeing that actually a lot of work went into the piece – it just gives the music a whole new layer in some kind of way, if you know what I mean?
Yeah, me too. And I worry that this is at risk of dying out. Very detailed artwork comes from the vinyl culture, obviously, because you need a physical piece. I mean vinyl is still doing quite well, but we are still kinda leaning towards streaming more and more.
Sometimes I really love some simple artwork and that is just a random photo taken on a phone, it can be quite nice and suitable for a lot of things. But I also love fully going in and hiding Easter eggs and stuff. I think those things are so important, why would you spend so much time on the music and then just use anything for the artwork?

And you definitely have amazing fans that really appreciate Easter eggs! Your fans are quite dedicated.
For sure, they’re amazing, they’re really intense. And you know, even if it’s just a really small amount of people that actually see it – it still brings me a lot of joy.

So, your debut album is on it’s way, right? Very exciting!
The album is finished, I’m still waiting for the last test pressing and hopefully soon we can share a release date! It’s been pushed back, but soon!

It’s so frustrating, I’ve seen it with dodie, how the album has been pushed back several times…
Oh yeah, I really feel for her, she did such a great job announcing the pushback for the first time with this amazing video – I thought it was genius, and then it happened again, and I was like “oh my god that’s so annoying”.

I fully agree. I had the pleasure of hearing the album early, and I think it’s absolutely stunning.
It’s beautiful, I’m so proud of her. I really am. I think she made the exact record that she always wanted to make and I don’t think that’s an easy thing to do when you have so many people follow you for a certain kind of thing, you can easily just kind of get caught up in the idea of doing what they might want to hear, but I think she really stuck to you what she wants to do – and she created an absolute piece of art. 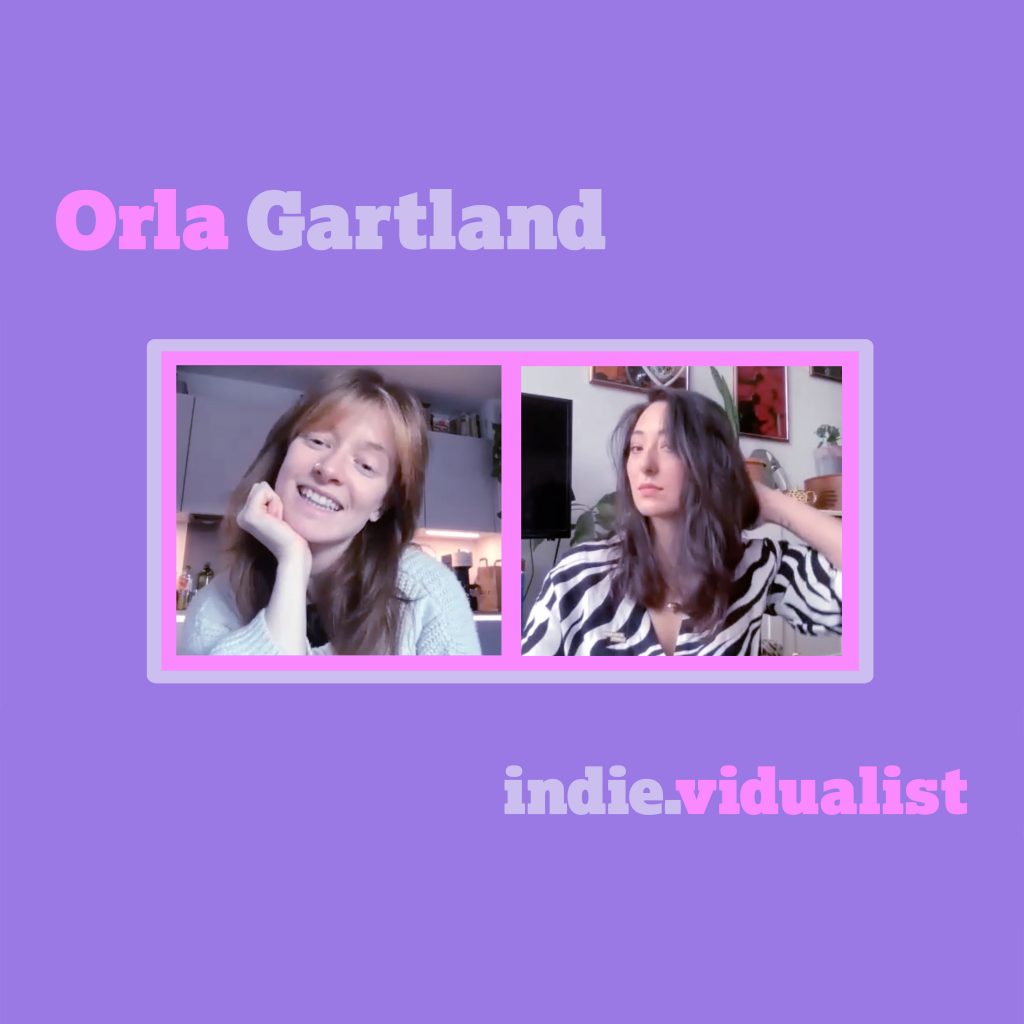 What can you tell me about your album that isn’t out in the world yet, but that won’t get you in too much trouble for telling me?
Haha! Well, let’s see…
I’ve written a lot of songs about breakups in the past, I think that’s just a classic – everyone does that at one point. But I think writing about those kind of cliché things doesn’t really interest me anymore. I’ve been there, I’ve got it out of my system – and this is my first album. And maybe it sounds selfish, but I didn’t want it to be about anyone else.
My last EP was all about a boy, and I wanted things to be about me for this one. I wanted the album to be about growing up, about my experiences, my story and my brain.

I love that! And it isn’t selfish at all.
What was the process of recording it?
I’ve recorded the album with my band – this is the first time they have been on the recorded versions of my songs. Due to the lockdown we all haven’t been playing together for such a long time, so we all had so much energy to put into it.
Usually I bring the songs that are already finished, but this time my band was playing their own parts around the stuff that I have written.
I used to think that I have to do everything on my own for the music to be “me”. Now I get that sharing the tasks is great, and it is still “me”.

I don’t wanna talk too much about lockdown, but what did the pandemic do to your creativity?
I’m feeling the lockdown so much more this year than last year. I was meant to be writing my album last year anyway, it was never going to be a big touring year.
At the beginning of lockdown last year I was doing yoga, I was eating very well – I am renting a little studio so I spent time there – it definitely wasn’t all bad last year. It allowed me to be hyper focused on writing my album. I love spending a whole day on just writing a verse or something.
The record has 11 songs or something – but I had around 16 to choose from, so not that many.
I don’t like writing and then ditching the song as soon as something doesn’t work – I rather keep the song and work on it until I like it!
If you write too many songs so many don’t get used, and for me it’s kind of like spreading thin – because you like a little bit of this and a little bit of that… and I think all the extra time allowed me to do that hyper focused writing for my album. I don’t think I would have had all the time to do that without the lockdown.

I was listening to a podcast with you the other day, in which you mentioned that even when your friends offer to work with you for free, you insist on paying them. Beside the fact that it’s important to pay artists for their work, what change did you notice once you put that rule in place? I assume there is an instant change of the dynamic too, as it automatically creates a level of professionalism?
Yes! I think it was hard for me to fully understand it until I was on the other side. I play guitar for dodie, I do a lot of things for other people, I do production work, I sometimes play on other people’s records – once you become a hired hand for people you realise how important it is to be paid and valued in that sense. Even if you can’t afford to pay someone their full rate, you know, it is about appreciating the work and just trying to offer some sort of valuation.
And then from a little selfish perspective – I want to feel like a client, I want to be able to demand something, hah! And you can’t really do that when there is no money being paid to the artist.
If I’m paying zero, I don’t get to be bossy, you know. Both of those sides are equally important to me.

I agree. I’m a music photographer and I shoot a lot of gigs for friends or bands that approach me. But if I am doing it for free, and they have some sort of demands, I’m kinda like… “excuse me, you’re not paying me”, hah.
Totally! And even if they say they don’t have that much money and are unable to pay your usual rate – it’s the acknowledgement of giving value to the work that you provide.

But I definitely had to work that out, because I loved working with my friends! Like working with Greta for example. When you make something with your friends and it works, you’re very proud of the thing, and you’re proud of your friend – and it’s just an overall amazing experience. It’s important to iron those things out.

Have you been listening to any new good music lately that you can recommend?
Yeah definitely. There is an artist called Samia – she’s an American artist, I have her vinyl, it came out last year – she is so cool. I also really like the Sylvan Esso album from last year – it has an amazing sound world. I’m trying to remember what came out this year… the Arlo Parks album is amazing! Also love the HAIM and the Phoebe Bridgers album from last year.

Scale 1 – 10, how angry are you still that Phoebe didn’t win a Grammy?
Soooo angry, hah! I just thought she would at least win one! Because she was nominated for three. In my head Phoebe Bridgers is like the biggest artist in the world. It was such a huge achievement anyway, to be nominated, and sometimes that’s even the thing that counts: grammy-nominated artist!

Are you a Harry Potter fan?
Of course!

Ok, then I have one last question for you. If you were to create a horcrux – what would it be?
Woah… right, this doesn’t make any sense probably, but there’s this Irish sport that I used to play called hurling – it actually has a different name when it is played by girls for some weird reason, camogie – who knows why. But it is like hockey in the air. Kinda has some Quidditch vibes. You have to wear helmets because I can get so crazy. But the balls for that are so sick, they are called sliotar. Someone that I used to live with has one of them at home, and when I picked it up, just holding them reminds me of being in Dublin. I remember holding it for the first time and getting waves of nostalgia from this weird and heavy ball – so maybe that! Or maybe that just made me think of quidditch, haha!

Thanks so much for your time, Orla! That was fun. 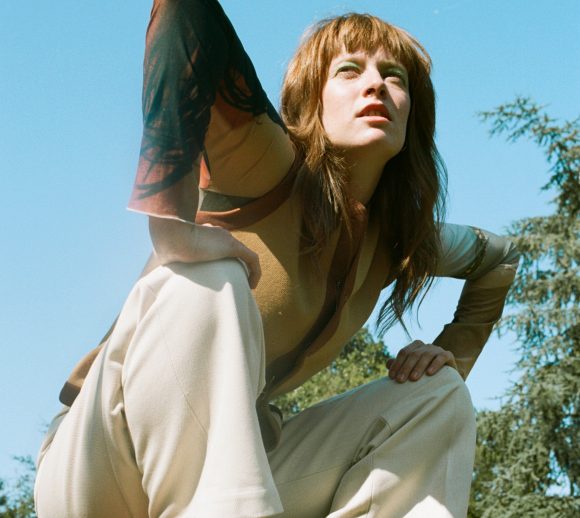