After they released their stunning debut album ZABA in 2014, they are finally back! The Oxford quartet Glass Animals are just about to drop their second album ‘How To Be A Human Being’.
It’s full of new sounds, new stories and new emotions. We’re in love.
We met Dave in Berlin after their warm up show in June. Find out what he told us about the new record, his fantasies about being a gangster & more crazy stuff…

The new album is coming out soon! On August 26th to be exact. What would you say is the main difference between this one and your debut album?
The lyrics are really different. The last record was a bit shy in general. A bit self-conscious. And because of this we might have overpolished some things and made it a bit too perfect in some places, you know? But this one is definitely less shy. This time you can tell from the lyrics what’s actually happening. Also, the lyrics are quite gritty. Some of the music is, too.

You already mentioned that the album artwork is gonna be pretty special… what can you tell us about it?
Well… each song is kind of a story about a character. After I finished the songs I wrote down all the details about the characters, what they eat, where they live, what they enjoy doing, how they talk… basically everything about them. And then we did a casting, with lots of actors and actresses. All the people, the characters, is what you see on the album cover.
And then, based on what I’d written, we went to LA and built a set for each individual character. A living room, a bedroom, a diner… and there we shot a portrait of every character and made little videos of what they were doing in these places.
And these characters are in the music videos as well. So yeah, there is a lot of weird stuff going on. 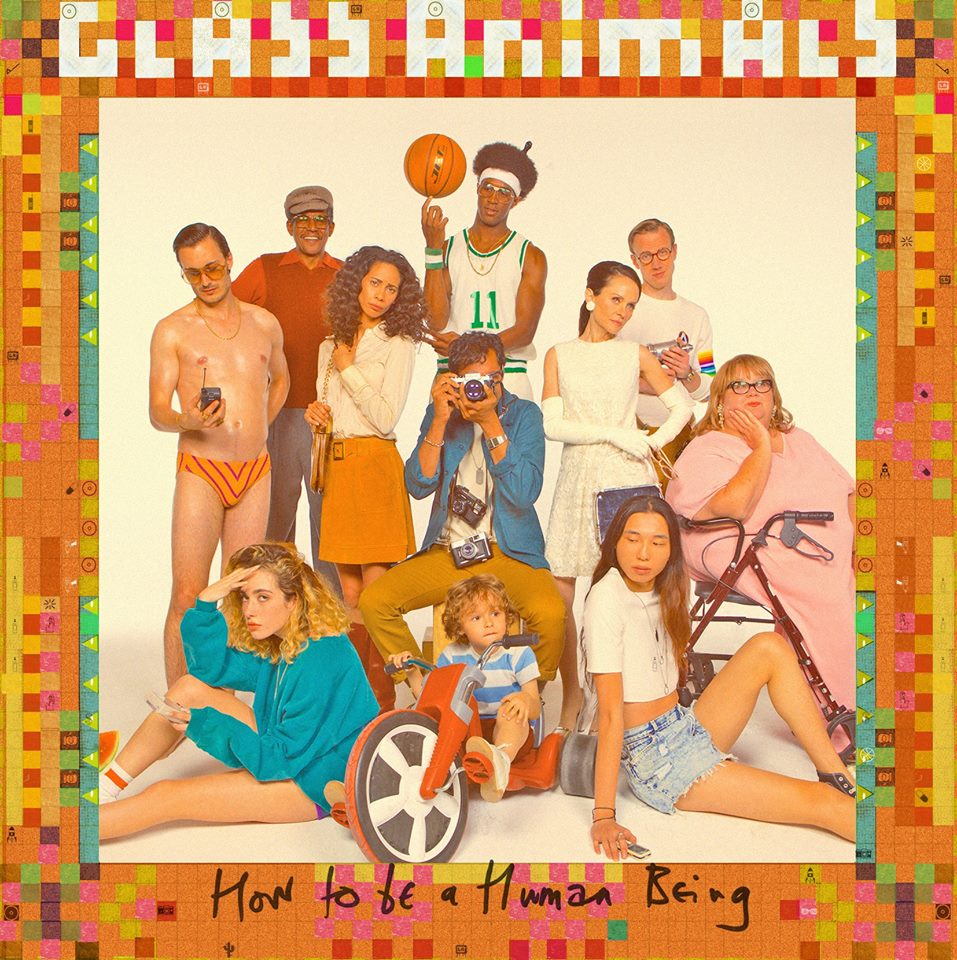 Can you tell us one thing about the album that you haven’t told any other interviewer?
There is kind of a rap song on the album. Everybody thinks it’s someone else, but it’s actually me.

Can you pick one song on the album and tell us the story behind it?
I won’t say what the lyrics mean exactly, I like people listening to them and make what they want of them. But there are a lot of stories that inspired the lyrics that are on the album.
There is a song on the album called Mama’s Gun. It’s probably one of the darkest songs on there. The lyrics are not about this person, but this story inspired them.
I was in a taxi in Atlanta, and this woman was driving me around and was telling me about her life. She used to take lots and lots of Crystal Meth and was driving longhaul trucks around America, so she wouldn’t sleep for days. Sometimes she took too much and blacked out completely. One day she woke up in a strip club and asked the stripper ‘Where am I? What state am I in?’ and ‘What day is it?’. She’d been blacked out for weeks. She always had memories of weird things, really scary things, dark things that had happened but she didn’t quite remember.
That’s kind of what that song takes from.

If you could take one song from anyone in the world and release it as a Glass Animals song, which one would it be?
I know Joe’s favourite song in the world is Reckoner by Radiohead. So I’d release that one for Joe.
But for me… I’m a big Otis Redding fan, so maybe (Sittin’ On) The Dock Of The Bay by Otis Redding. It’s an amazing song. Even though he never finished it. He recorded a demo of it and whistles at the end because he hadn’t come up with a lyrics yet. He recorded it with his band in one take and then he died, before he could finish it. So I think that would be an amazing song to finish and release.

Have you ever dreamt of lyrics or a melody and then turned it into a song?
Yeah, kinda. I have this thing that sometimes when I dream, I dream about the best song ever, like the best vocal melody. And then when I try to get up and record it, I just fall asleep again. So I have probably forgotten the best songs I’ve ever written, ha! But hey, I also believe if something’s really good it will come back, so… 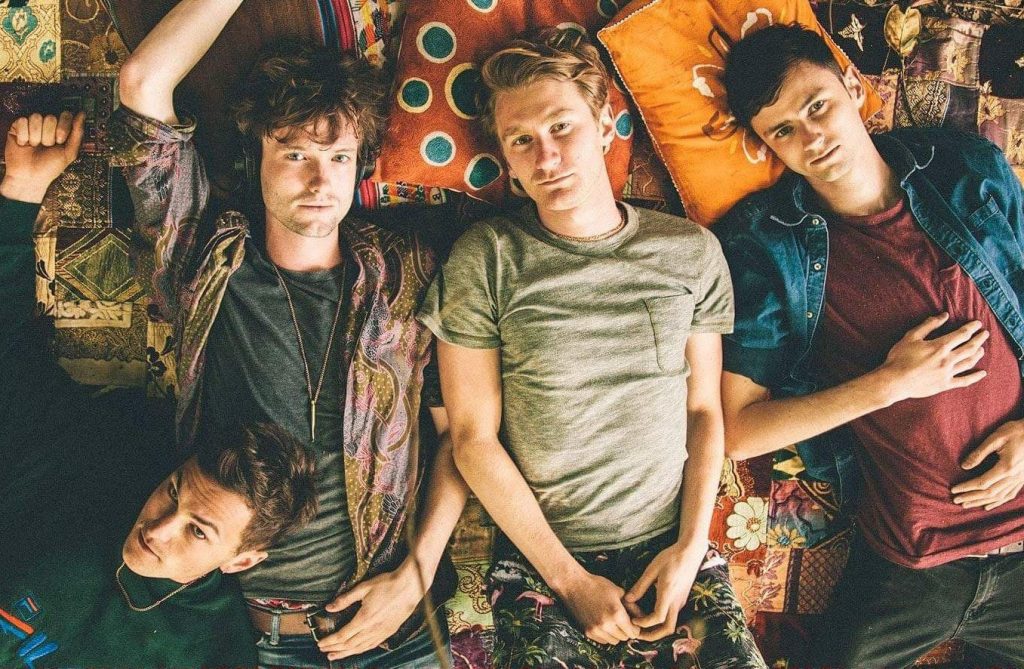 Which three songs should be part of every road trip soundtrack?
The Stooges – I Wanna Be Your Dog
I always listen to a lot of hip-hop on my roadtrips, so I’ll pick one hip-hop song.
Kendrick Lamar – Money Trees
Usually roadtrip soundtracks include lots of guitar stuff, right? So the last one is gonna be a guitar driven song…
Kings Of Leon – The Bucket

If a song could become a person, which song would you like to meet?
Oh, that’s a hard one… I’m thinking about people who write really great songs about people… there are some great Beatles songs about some bizarre people. Fool On The Hill by The Beatles. That’s an interesting one. Or maybe The Continuing Story Of Bungalow Bill or Eleanor Rigby. Yeah, it would definitely have to be a Beatles song.

If you could live inside of a movie, which one would you choose?
Ok this is really weird, but maybe in The Holy Mountain by Alejandro Jodorowsky. It’s a really trippy and really, really strange film. I don’t even know if I’d recommend watching it, ha! I’d like to live there just for the life experience, you know.
I also really like spy and gangster films. So in another life I’d love to be a gangster, or a thief. Snatch is a really good thief film, it’s about a bunch of people stealing diamonds. Or Layer Cake!
Yeah these movies would be fun to be in, you know, just for one day. 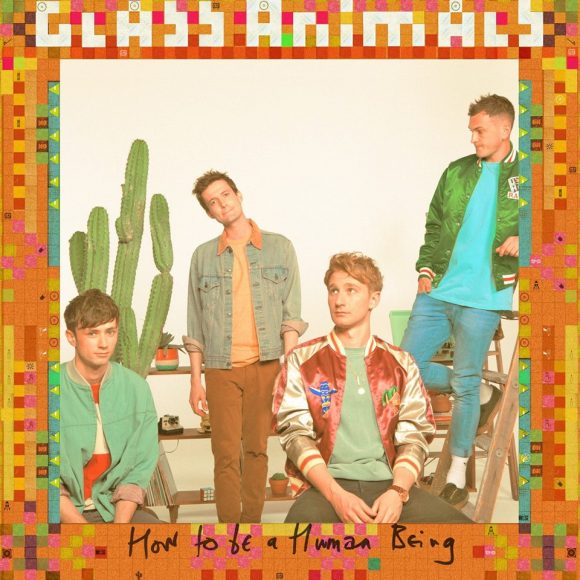