Many have triumphantly (and somewhat prematurely) celebrated “the death of guitar indie” recently. Since the emergence of The Strokes in the early 2000s, the alternative music scene has become ever more saturated with guitar-laden, catchy, indie pop. In recent years, the music business has produced an almost constant stream of bands made up of young men with guitars playing danceable, singalong anthems for the masses. So, in the year 2016, amidst a landscape of increasingly generic guitar indie pop, when many think the genre has been done to death, how do a indie band set themselves apart? How do they get themselves heard by an increasingly indifferent audience?
Should they shun mainstream appeal and develop a more “niche” sound? Return to the retro sounds of the golden age of guitar music? Or just focus on writing good pop songs that are too catchy to ignore?

In the case of Beach Baby, a young quartet from London, it’s a mix of all three of the above. Their full-length debut No Mind No Money is a marriage of feelgood pop songs, uniquely recognisable production, and a strong reference to 60s surf and pop music. A mere 40 minutes long, the album is characterised from start to finish by jangly guitar riffs, reminiscent of Johnny Marr and The Cure. Lyrically they also bear a certain similarity to their indie forbears The Smiths, combining happy indie tunes with apathetic and existential lyrics. “You feel like a spectator in your own life, and are struggling to find a purpose.” say co-songwriters Lawrence Pumfrey and Ollie Pash of their track Lost Soul, a delicious slice of bright guitar pop. Their videos also seem light and happy on the surface, but are beset with darker, bleaker undertones. The brilliant videos for U R, No Mind No Money and Limousine take place in mundane and peaceful suburbia, but have plots that that are more macabre and bittersweet.

The four-piece is dually fronted by Lawrence and Ollie (who were interviewed by indie.vidualist in Berlin back in June). Co-songwriters, co-singers and co-frontmen, they met at Goldsmiths, University of London, and played in a variety of bands together before founding Beach Baby with Iraklis Theocharopoulos and Shep Hodgson. Their voices work together seamlessly on this album, with their laid back vocal harmonies sitting perfectly on top of the rich bed of guitar sounds they have laid down. There is a certain similarity to the Beach Boys’ vocal style, especially when listening to No Mind No Money. The album is also tastefully interspersed with retro synth sounds, complimenting the signature jangly guitar lines, but never stealing the limelight. Each song seems to flow brilliantly into the other, though U R and the title track are definitely two standout pop songs, both with brilliantly catchy falsetto chorus hooks. Like any good indie rock album, the listener can barely pause for breath, the onslaught of danceable tunes only winding down on the final track How Lucky You Are. With its waltzing beat, soft harmonies, cheesy synths and strummed acoustic guitars, the last song has a strong 60s feel to it, briefly showcasing another side to this exciting new band. 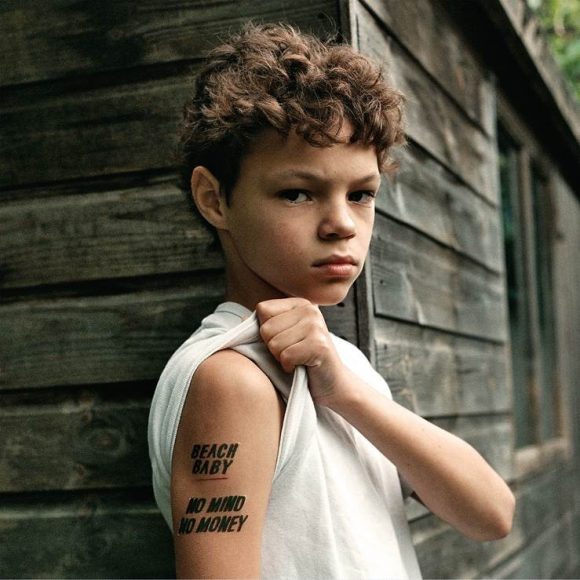