A few weeks ago we had the pleasure to talk to lovely Billy Lunn from The Subways before their gig in Munich. Check out the interview below to find out more about songwriting, music recommendations and why life in a band is to be enjoyed…

Welcome back to Munich!
Dankeschön!

What have you guys been up to during the last few months?
Mostly festivals – which is the great thing about festival season, you play on the weekends and then you go home and relax with your family, you chill out and then you back out again. Festival season has been particularly awesome this year. The weather’s been awesome. I’m going to uni soon, so I’m doing lots of reading as well. I’m also writing new material for the new record and I started a podcast with my wife. There are so many things going on at the moment – they are kind of getting in the way of each other. But mostly it’s about the Rock ‘n Roll.

You’ve been touring all around the world. Is there any place, any venue you´d like to play, but haven’t played yet?
There are so many left to mention… I’d love to do a tour with The Bronx. I love their music. I spoke to Ken, their guitarist, after one of our shows where they played before us and I was just so scared to follow these guys. There was just one dressing room backstage, so we had this great discussion and he’s just so nice. Also: The Tuts! I’d love to play with them. They’re so cool and they’re so good and they got so much to say. They’re the future of Rock ‘n Roll music. I’d like to do a whole tour with those guys – take them out and show everyone just how great The Tuts and their songs are.

What do you make of streaming services like Spotify? Do you think it’s a good thing or does it rather harm a band?
I think ideologically it’s a great thing, because the access to music is perfect. One of the things that got in the way of me getting to know certain bands and broadening my taste when I was younger was access to music. But now you can just get access to everybody and that’s great. The unfortunate thing is – with Spotify especially – that they don’t remunerate the artists properly. The artists need the support from platforms like Spotify. If we can bridge that gap properly, then Spotify and all the other platforms will be absolutely perfect.

You´ve been doing music for quite a long time and you wrote about a lot of different things. Do you find it hard to come up with new music, or especially lyrics?
No, I find it really difficult to dedicate myself to one subject. Kurt Cobain said he’d write a verse about one thing and then he’d get to the chorus and by the time he’s written the second verse it’s a completely new song. He would leave it and it would obscure the message. In my songs I want the message to be quite pure and plain and simple. So it always ends up being about girls (laughs). Now that I got a couple of years off to write this next album, I’m gonna be focusing on a huge range of different ideas. I think I´m gonna be probably more politically minded in a lot of songs and I’m gonna try as hard as I possibly can not to write a love song!

What was one thing you learned about yourself through making music?
That there’s definitely room for improvement (laughs). I think the more I write, the more I learn. Music for me is a big adventure in self-exploration and probably the one thing I learned about myself is that I’m very self-critical and I could probably be a better person every single day, try to be a bit nicer and be more considerate and more passionate. But I think that’s a daily struggle for most of us and it’s important to remind all of ourselves that we’re not alone and that’s probably what songwriting does. Music in general makes you realize that you’re not alone on that journey and that everyone else is going through the same sort of struggles.

Are there any new artists you can recommend?
Yeah, tons! I’ll go through history… The Nerves – I’ve been getting into them after listening to a lot of Blondie. It sounds like 50s surfer music taken into the gritty, urban suburb surroundings of New York City. The Bronx… The Tuts… LeRoux… Elliott Smith… Garbage… it´s so tough, there are so many!

Cheese or chocolate?
Both! Or well, no, I’ll go for dark chocolate, cause I’m trying to become vegan.

Harry Potter or Star Wars?
Harry Potter. There’s so much to it, so many layers, so many contours, so many social messages are in there and I think J.K. Rowling is so intelligent.

Is there a band you always wanted to see live, but never had the chance to?
Fleetwood Mac. They were on tour last year, or this year? And I was debating whether I could get tickets, but it was a combination of #1 I can’t afford the tickets and #2 the venues are so huge. This is never gonna happen, but I wish I could see them in a smaller venue. I want to see them and I want to see them before any of them die (laughs). That’s a horrible thing to say!

What advice would you give to young artists who are just starting with music?
Enjoy it more than anything. There are so many bands who are like five years in and they look world weary and cynical and like they hate their jobs and they treat it like a job. They really should just treat this like a hobby that they really luckily get paid for. That’s how I like to think of it. It is exhausting and you do put your heart out there on the line and it’s hard sometimes to take the criticism, but the love you get back from the fans and from each other and the experiences you have – going to all the new towns, new cities, new countries and meeting new people and playing the songs you wrote in your bedroom when you were sixteen and hearing people sing them back… that is just the most incredible thing. So never forget that. Never forget that it’s to be enjoyed and life in general is to be enjoyed. Enjoy!

What a fun night with @thesubways 💘 Interview w/ @billylunn coming soon on @indievidualists. // cc: @rbrtrdl video just for you x 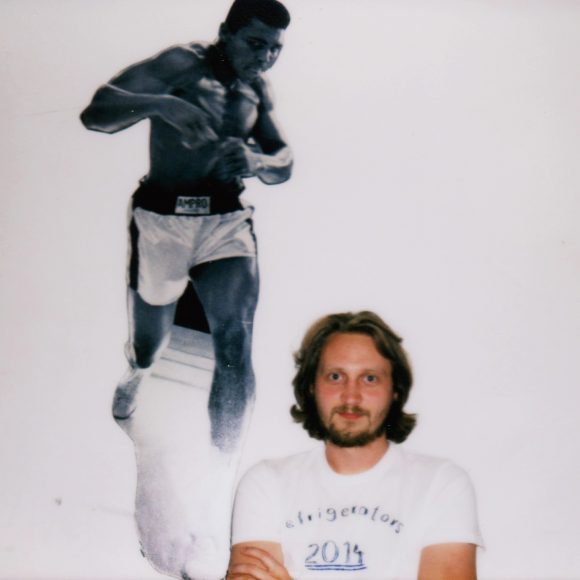