OLYMPIA was back in town and of course we used that opportunity to have a little chat! Her new record ‘Flamingo’ is out now! And it’s stunning.

You just released your second album – which is fantastic by the way – what did you learn from the process of making your first one? What did you do different?
We did a lot of things differently. What I learned from the first one was the way I was constructing songs. I looked at the chords, and thought ‘what can I do different here? The chords are too cliché’ and so we changed a lot on Self Talk. So this time I had this process in my mind while writing and constructing songs, I was wondering what I could do to sort of make them sound unique and mix up the whole structure.
So that’s something I tried to take on.
I really wanted to take a big risk with this record, for myself. The big risk was making a really personal record, trying to show myself in the music, trying to make something emotional.

It turned out great!
Thank you! 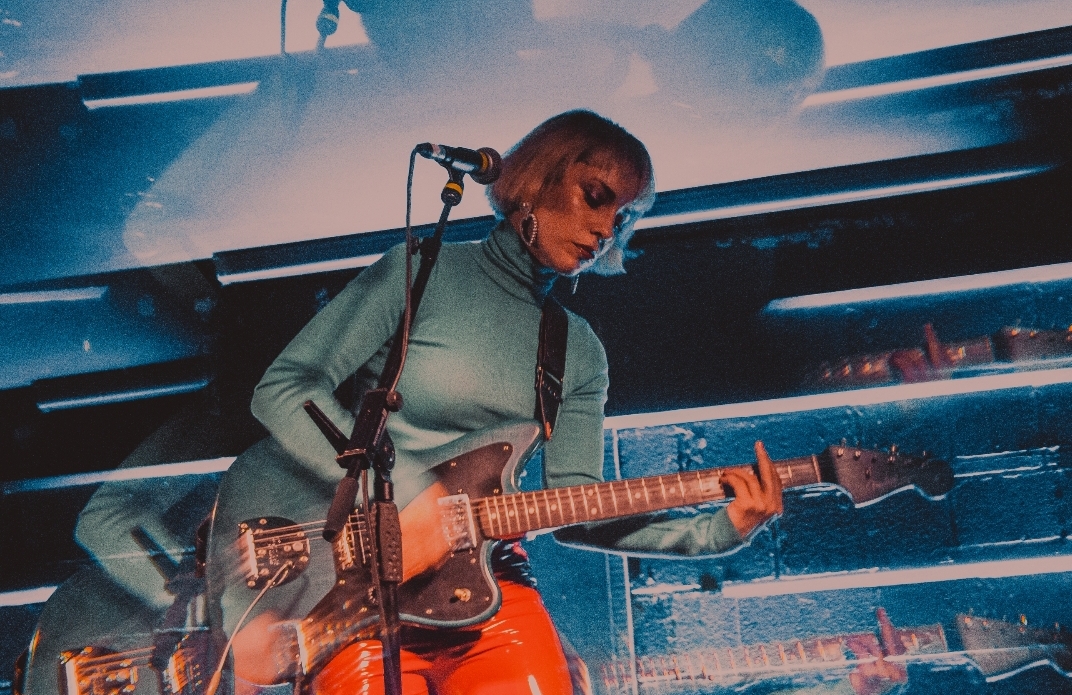 Were you involved in the production?
That’s actually something I learned from my first record, Self Talk! But I am still an amateur – I was more involved this time for sure, and how I wanted it to sound. I do a lot of demoing at home, about 12 months of demoing. And what I do is that I will demo a song 8 different ways, and I take them to Burke Reid who co-produced the record. His job is to be like ‘Right, that’s it, we’re gonna finish it’, cause I will just be like ‘Ahhh I wanna try it this way and that way and…’ – so it’s very good to have him there.

Do you have a favourite track on the album?
At the moment it’s ‘Flamingo’. I am not sure if it’s because I’m not playing it live, it still feels precious. Things evolve on state, and…

So you still wanna take care of it a bit?
Yeah! And maybe the song ‘First You Leave’.

Is there a specific reason you chose to call the album ‘Flamingo’?
Well… I would like to say, it’s really hard to get people to listen to a whole album. So I was like… how do I get them to listen to track 10 of an 11 track record? Hah!
I am really into the artistic process and I feel like on this record the instruments are like lyrics, and the lyrics are more like colours. And Flamino is a bit of a diversion, like… ‘Think again!’.

If you could put together the line-up for your personal festival – who would play?
King Cruel. Big Thief. Gang Of Four. Tropical Flat Storm – from Australia – they are rad. And Anna Calvi!

What are you most proud of in your life?
In life?! That’s HUGE!

Yep, we’re getting really deep now.
Yeah… well, in music, when I was starting out – especially with guitar – for me it’s abour discovery – if I discovered it, I’m more interested in it. So in guitar playing, I could always hear what I wanted it to sound but my skills were not there yet. And now, I am finally hitting what I want to. I am pretty proud of that.

How do you build yourself up when you are having a bad day?
Exercise! Movement! Especially when I am writing. Move around, listen to a podcast – you gotta shift your headspace. 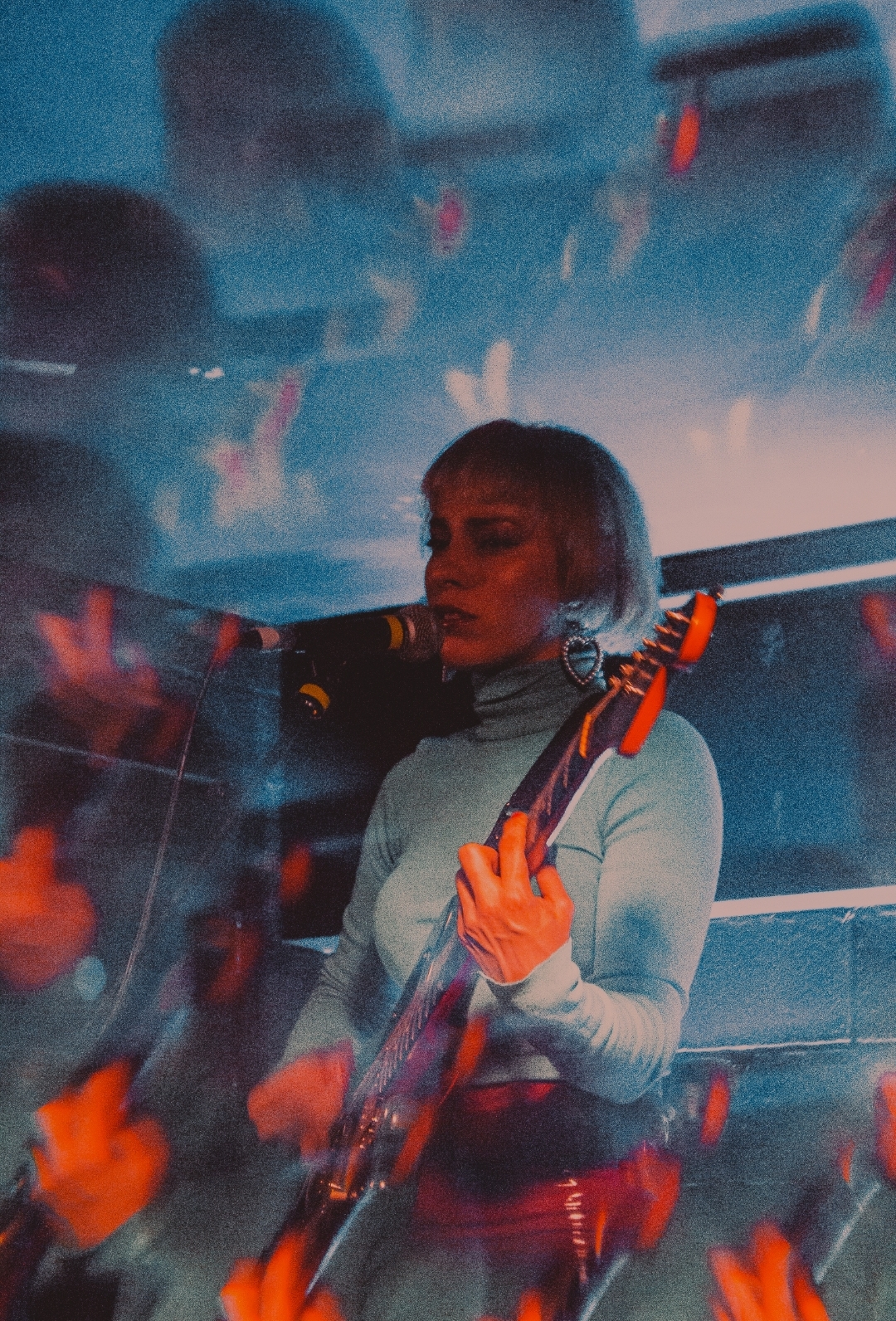 What makes you nervous?
Very weird things make me nervous… like… bands that I crushed on hard when I was a teenager. If I see any of the members of these bands I get very nervous. It’s really weird, they are not even famous. There is a band called My Disco and I just used to absolutely adore one of their albums, ‘Joy’. And I was an absolute mess when I recently saw them.
Also, the Australian womens cricket team were gonna come to my London show. And I was REALLY nervous. I don’t even know cricket that well, hah! But I have a lot of admiration for them.

What gives you confidence?
Hip-Hop! Fake it til you make it, hah!

What is your favourite musical memory?
There is this Australian band called Midnight Oil. In my country they are quite revered. And they were on a world tour – around 80 shows or something – and they played one of my songs as their walk-on track. And I got a lot of messages from so many people all around the world, texting me like ‘Ohhhh they played your song before their set’ – it made me so happy. And as they got closer to Australia I got very nervours, cause I had tickets to see them… and I was like ‘What if they don’t play it? What if they are so sick of that song’ – which they could be, that would be completely natural, hah.
And yeah, I went to see them play in Queensland, outside, in the heaviest rain I have ever seen. And I had to wear a bin liner because I wasn’t prepared for the tropical rain. I was stone cold sober, cause I was so nervous. And they played the song! And I became a total idiot, people probably thought I was drunk.

I don’t know if you feel like this with your photography too. There is a difference between performing my music on stage, and me walking into a bar where my song is playing. You sort of get to appreciate it from a distance. It’s a completely different experience.
And that day, I felt like I was hearing that song for the very first time.

This is so beautiful, and I fully understand this feeling.
I asked a few fans what they wanna know…

What is the one guitar pedal you couldn’t live without?
My freeze pedal!

Where did you pick up your Fender Jazzmaster?
On the internet, hah! I played a guitar of a really amazing guitarist and songwriter in Australia and he had one. He loved it so much. And I borrowed it for a bit.
My dad always used to tell me ‘You can’t pick your guitar, the guitar picks you’ and I thought that was rubbish. I bought so many guitars over years and years, by how they looked etc. Anyway, my dad was right. Once I played that Jazzmaster I knew it. It took so long to get it into the country with customs and all though, but it was worth it.

What inspires your stage look?
The whole show is a performance, I wanted to elevate the crowd. I wanted to be more than myself. But then the outfits got bigger and bigger hah, so many sequins! I have multiple wardrobes.
It’s funny cause I feel like Australians are usually not like that, we are more the classic type of songwriter and more about storytelling..
I think at first it was to give me confidence, how I am leaning in, hah! 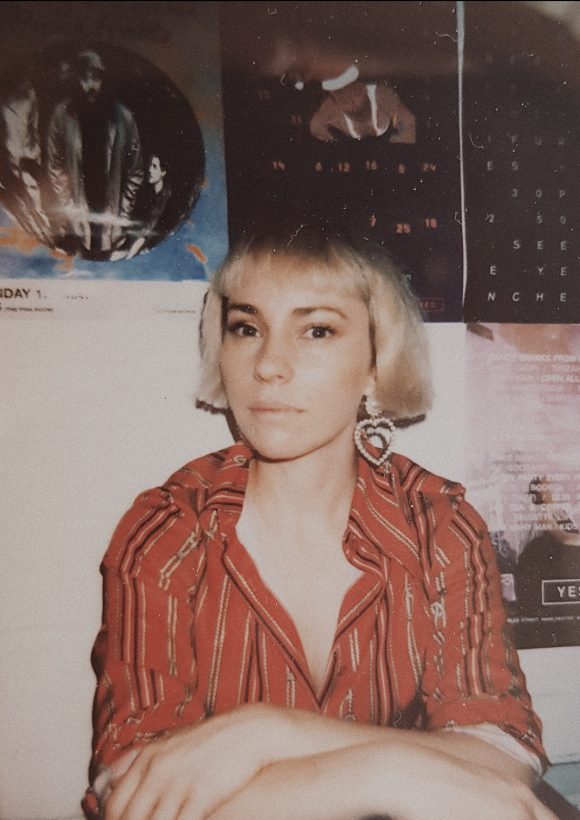