Big choruses, big production and a ballsy attitude runs strife through Tom Grennans debut which surely has to be in the running for one of THE records of 2018.

Tom Grennan is a Bedford born, London based singer songwriter who first came to light with his debut EP ‘Something In the Water’. A Chase And Status collaboration followed with 2016 single ‘All Goes Wrong’, which was immediately picked up by Radio 1’s Annie Mac declaring it ‘Hottest Record In The World’. Two more EP’S, four singles and another Bugzy Malone collaboration later and we’re presented with Tom’s debut record.

The single ‘Found What I’ve Been Looking For’ opens the record, a catchy guitar line runs through the song and with its big drums and Tom’s snarl of ‘I keep searching and I cant seem to find what I’m wanting’, this song is sure to become his big festival anthem.

‘Royal Highness’ recalls the groove elements of The Police and Bruno Mars’ big hit ‘Locked Out Of Heaven’, but then it sucks you in with its BIG soulful chorus which you won’t be able to get out of your head for days. It’s a lesson in pop brilliance.

The third track and Tom’s latest single release ‘Barbed Wire’ wouldn’t stand out of place in a Stax collection. With its stabbing horns and 60s style guitars, it sounds like a record Paul Weller’s The Style Council would have made in 2018.

Fortunately, there are also delicate moments on the record, because tracks like ‘Run In The Rain’ really show off what Tom’s voice is capable of. ‘Just give me the answers, just give me the signs’ the singer belts over strings and anthemic song parts – it’s a real goose bump moment. ‘Lucky Ones’ sounds like it should be the soundtrack to a film. With its swooning strings and a gorgeous piano chord sequence, it’s a lighter in the air moment and really shows off Grennan’s songwriting capabalities.

‘Little By Little Love’ has a Paolo Nutini flair, with its stripped back acoustics and Tom’s raw soulful tone, it has one of my favourite chorus’s- ‘And I saw my devil closing in, I never thought I’d do such bad things, you saved me though, little by little love’.

A huge stomping chorus takes over this year’s earlier single ‘Sober’. With its bond-esque guitar intro, it rolls into a huge rolling foot-stomping guitar pop smash, a testament again to a lesson in pop brilliance.

An album with pockets of soul and pop and an underlining attitude running through out, it’s an incredible record which teaches the art of how to write a pop record without losing any of what Tom Grennan is. It’s a big bold statement that shows Tom is here to stay. Amidst the jungle of the singer-songwriters that have emerged in the last few years, Tom has come out on top. 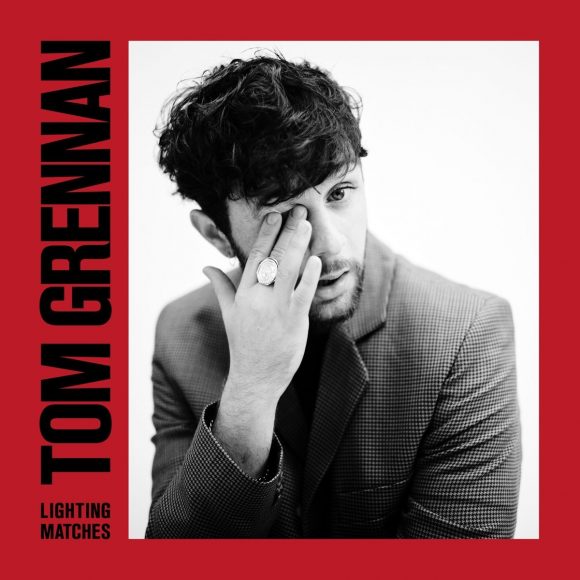