Beautiful melodies, honest lyrics, remarkable voice. 20-year-old LA-born Zander Hawley‘s debut album “When I Get Blue” is definitely a piece of art that you should add to your current playlist.

“When I Get Blue” is out on Friday May 12 – the new single “Until We Both Get Bored” feat Phoebe Bridgers is out now!

The album somehow throws us all way back to when we were about 18 or 19 years old, when life was starting to get ever so complicated but oh ever so wonderful and exciting and somehow unbelievable. Hawley puts all the insecurities, the romantic feelings and the yearning for somebody to love in words and melodies that we can all find ourselves in.
“To me, the record is about endurance through self-doubt, broken romances, broken people, but also about the enduring nature of the way I feel love.” Hawley states.
Personally, I think listening to “When I Get Blue” makes you feel like you’re living in one of those teenage romance movies we all secretly wanted to be in once upon a time.

The record is quite easy to listen to, and maybe the lyrics might seem a little simple, but that’s exactly what forms the honest and straightforward character. Hawley doesn’t need any extravagant metaphors or comparisons, he conveys his thoughts and feelings exactly the way they come to his mind, and that’s what makes you connect to his songs in a beautiful way. The lyrics might be modest, but they are truthful, and that’s a rare find these days.

Moreover, the L.A. born and now Nashville-based singer-songwriter is accompanied by the American indie folk singer Phoebe Bridgers on five of ten songs on “When I Get Blue”. Their voices harmonise absolutely brilliantly with each other and it gives you the chills every time you listen to it.

If you like honest music and enjoy listening to singer-songwriters, we would really entrust Zander Hawley’s record to you. Do yourself a favour and check it out, you won’t regret it. Cross my heart!

Your debut album sounds wonderful and everything seems to fit perfectly together. Did you write and record with a specific concept in mind?
Thank you! I really didn’t sit down and try to write an album; writing is sort of how I process everything in my life, so the songs just naturally came together over the course of the start, during, and end of a significant experience. Once I was far enough removed from the event to start really looking at the songs I had written, I realized I had a group of songs that really told a story, so I reached out to my friend/producer Marshall Vore and we started to figure out what the best way to tell that story would be.

Could you pick one song on the album and tell us a bit about the story behind it?
“When The Fear Is Heavy” is really special to me for a couple reasons. One, it’s the only song on the record that was written well before I moved to Nashville, and two, it really sort of captures the moment when I first felt fear and paranoia in a romantic setting (this is now a feeling I am familiar with). I also feel like it’s an interesting scene in the story the album tells, kind of existing in the liminal space between the end of the relationship and the start of the looking back on it. It’s a farewell.

California is unlike any other place in the world and you have pretty much everything on your doorstep. How much has growing up and living there impacted on your music?
When I first started playing shows, I was lucky enough to find myself surrounded by a talent-filled burgeoning singer-songwriter scene. Playing and working with people like Phoebe Bridgers and Charlie Hickey influenced the way I played, wrote, sang, everything.

Now that your debut is finally out (nearly) – what are your plans for the rest of the year?
Play these songs anywhere and everywhere I can, then start working on the next record. We recorded this in March of 2016 — now that these songs are out in the world, I can start figuring out how to do justice to all the ones I’ve written since then.

Anything else you wanna share with us?
Frank Stallone called me son once. 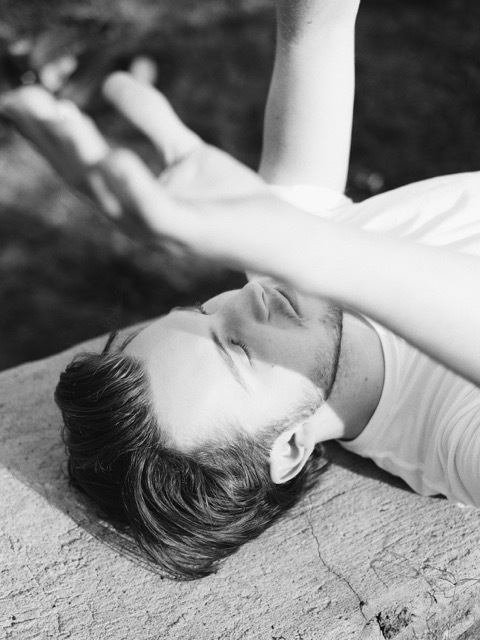