AURORA is finally back on tour! We had a little chat with this magical lady when she stopped by in Manchester. She told us a lot about her new album ‘Infections Of A Different Kind: Part One’, stories behind the songs, the main message she would like to share with these songs, her plans to make a tea party on the top of a mountain and a lot more!

You have just released part one of your beautiful new record ‘Infections Of A Different Kind’ – why did you decide to split it in two parts?
I wanted to make sure that each song was given a bit more time, so I thought it’d be nice to split it, so hopefully people would dive into each song a bit more. And I liked that I can release the beginning of the story and continue it while the beginning is out there. It’s quite an exciting thing. It’s a very empty space that arrives in your body when you’re done with an album… so this decision makes my life more fun.

On track eight you say ‘Be god in the shape of a girl’ – what does that line mean to you?
I was at an airport, it was late, I was alone and my plane was the last one to leave. It was the year before I wrote the song, so 2016, which was a hard year for me because it was quite busy and I was sick all the time – I was in the hospital many many times. So yeah, at the airport… I was on my way home again, I felt a bit out of place, out of my own body, and then I looked at this family. I saw two very tired parents, and then this little girl – she was maybe 3 years old – and she seemed to give them so much joy, even though they were very tired. And she gave me a lot of joy. And then I saw an old couple, leaning over to look at the little girl who was smiling back at them. She seemed to interact with almost everyone at the gate, and make everyone happy. Without even knowing it. And I loved the way happiness and love can be so… simple? Don’t underestimate the power of a child. It was just very magical to see how much it affected everyone and everything.
If I was to choose a religion, I would love it if god would be something that you can touch. Something like a little girl, on this earth, and not something that is far away or judges from above, you know?

That is such a beautiful story.
You once said you use a lot of samples of nature and objects around you in your music… what was the most interesting sample you used on this record?
I do! I record things all the time. I love the sound of my dishwasher and washing machine. I quite like industrial sounding noises. And then I have a lot of nature sounds on the album… birds, rain, footsteps… many samples are very hidden in the music. It’s just the way I like to produce. I love to loop them, fuck them up a bit and then hide them in my songs. I also think it increases their value, when you put these sounds where they don’t belong. It’s nice to know that you can take something that normal and make it really valuable, just because it’s out of place.

And it makes the songs wonderfully unique!
Yes! 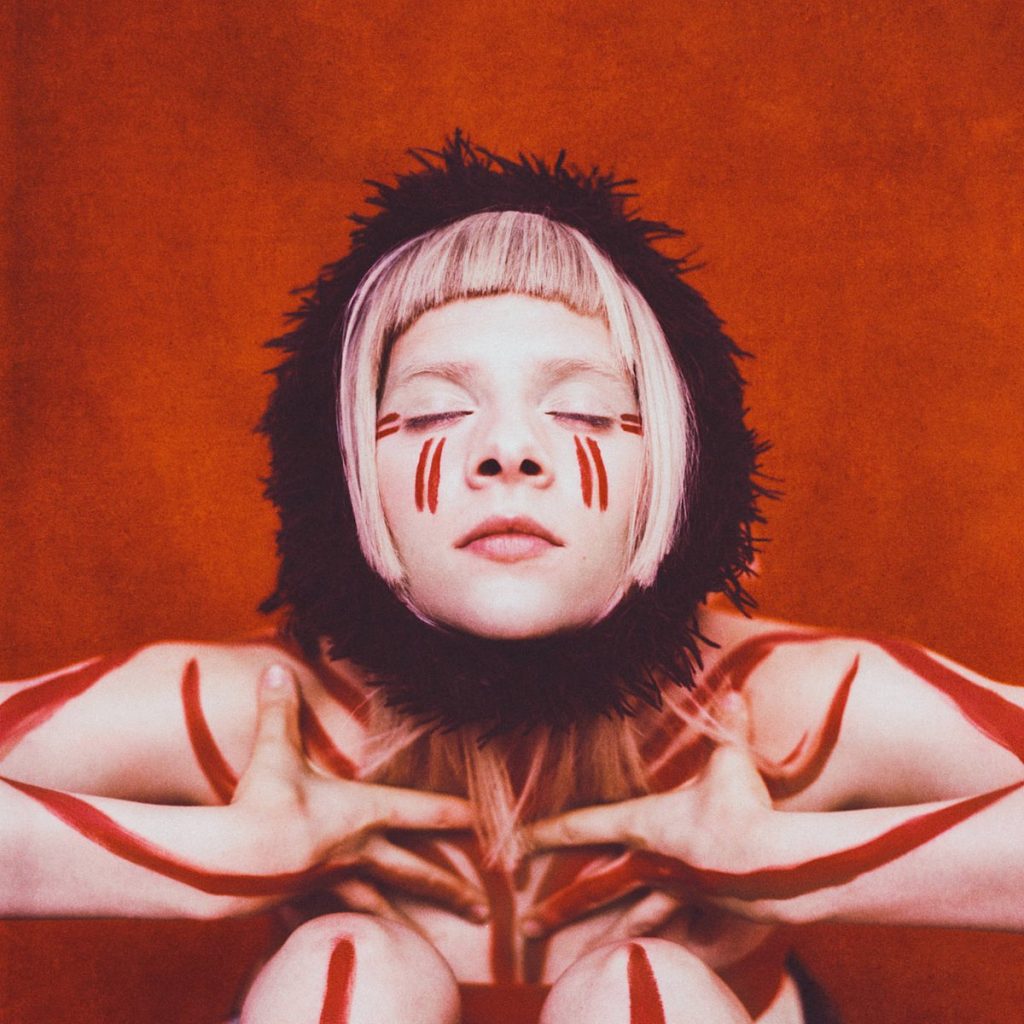 Infections Of A Different Kind

What would you say is the main message beside step one of your album?
Step one has quite a lot of personal stories and tragedies – like ‘It Happened Quiet’ and ‘Churchyard’ – which is about someone that is stronger… a grown up with a child, a teacher with a student – someone that takes advantage of their power and uses it in the wrong way. It’s inspired by domestic violence. ‘It Happened Quiet’ is actually connected to a song I’ve done before… I continue a story I started 2 years ago…
So yes, I’ve had these personal stories, of what I see is going on in the world and find unfair, and I just kind of wanted to bring them into light. ‘Queendom’ is quite political such as ‘Soft Universe’ – the record is about beautiful things, but mostly about horrible things that are going on. You know, I take everything personal that happens to women, or animals and our planet. I would like that other people feel the same way, and become warriors for the people that can’t be a warrior for themselves. My debut album was about fixing your own demons and I feel like this album is the next step.

You seem to get inspired by very little things in life, so I was wondering if you ever experience something like writer’s block?
I did a bit after 2016, because I was so tired, I wasn’t really inspired to write. But I don’t push myself when I’m not inspired. So kinda like writer’s block… just without the pain? Because I simply accept it. I do other things instead, I go for walks, etc… I mend myself first. 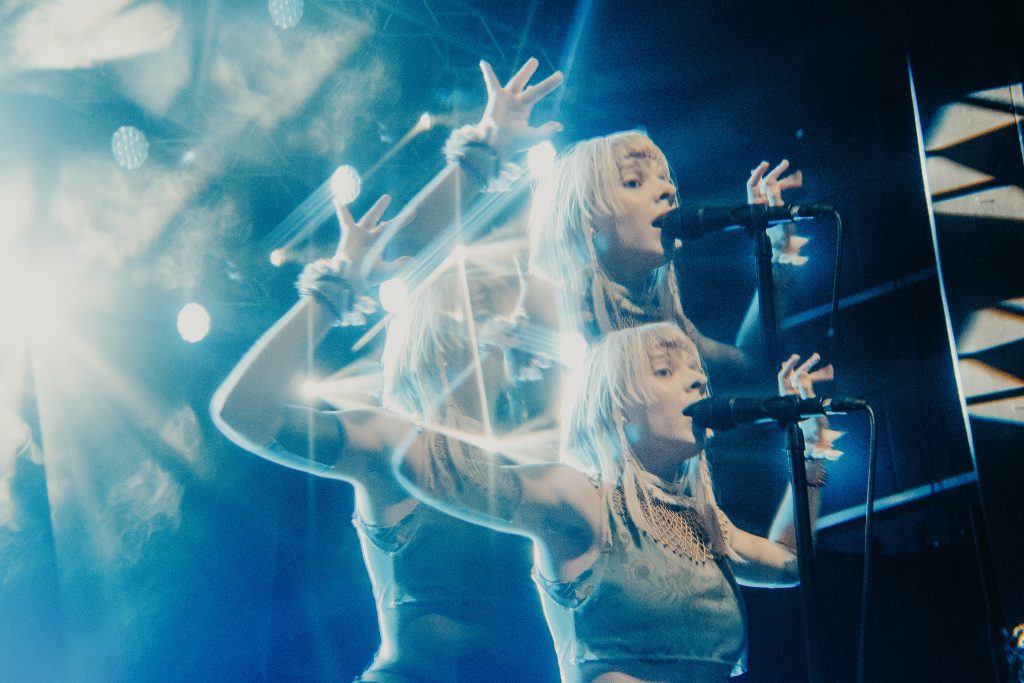 You have wonderful and very kind fans, we asked them to send in questions for this interview and we got over 100 within a few hours! So obviously I included some of them today… one of my favourite questions was…
If you could spend a day with one of your fans – what would you do and where would you take them?
I would take them to the mountains in Norway, we would take water from the rivers up there, boil it and make tea. And then we would talk about our emotions. And if he/she would have some anger to release we would find the highest top of the mountain and scream really loud. And if they’re over 18/21 I would maybe bring some Norwegian akavid, we will have a little glass and celebrate life. And maybe we would go swimming in one of the lakes. And in the end, grow some wings and take a flight.

That sounds like the dreamiest and most perfect day ever. And I’m glad to hear your plan to have a tea party on top of a mountain is still on!
Yes, it totally is!

Which element do you associate yourself with the most? Fire, Earth, Water or Wind?
I think… water!

And the last one – since I know you love Harry Potter just as much as I do – what is your favourite HP quote?
Awwh, yes… this quote is very representive of what ‘Forgotten Love’ is about… “It does not do to dwell on dreams and forget to live.” – Dumbledore is a good man. 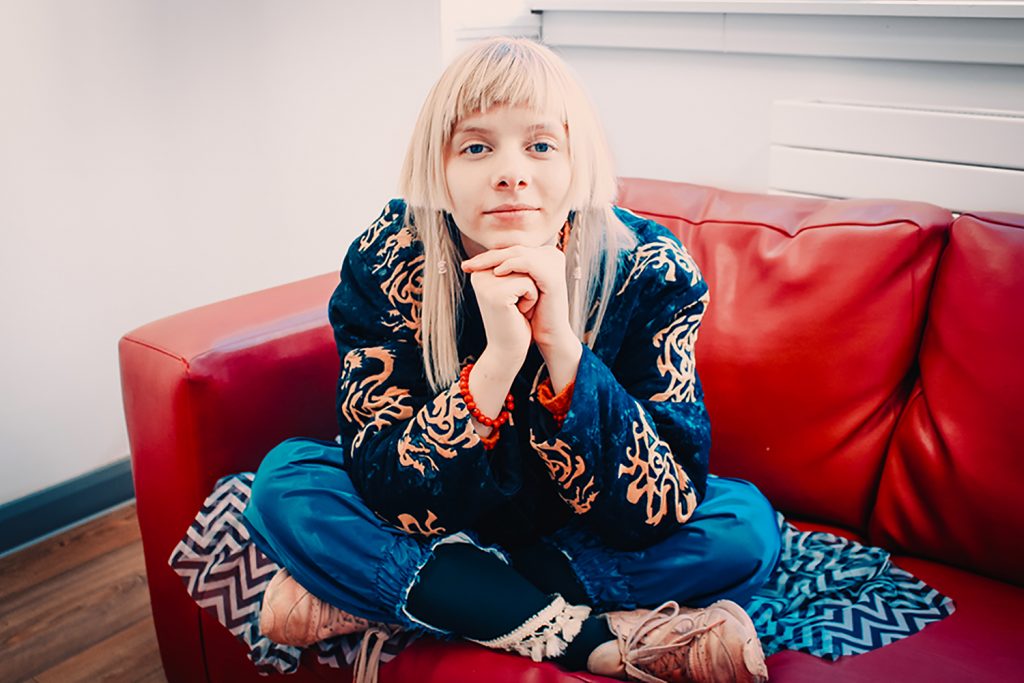 Our favourite photos from the show, taken by Lisa Lovegood © indie.vidualist. 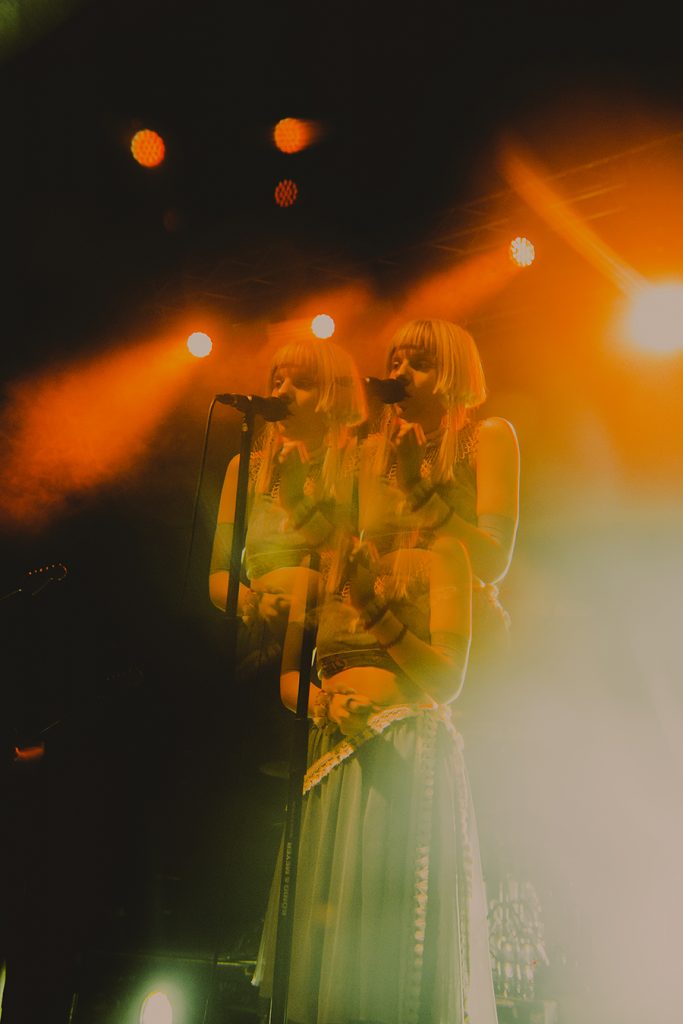 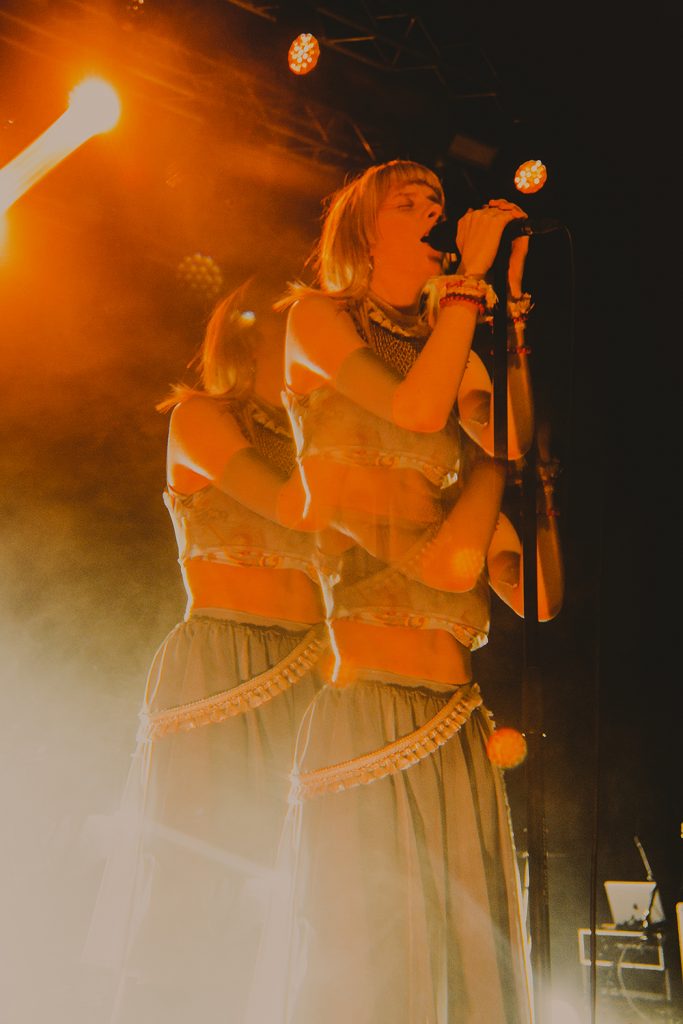 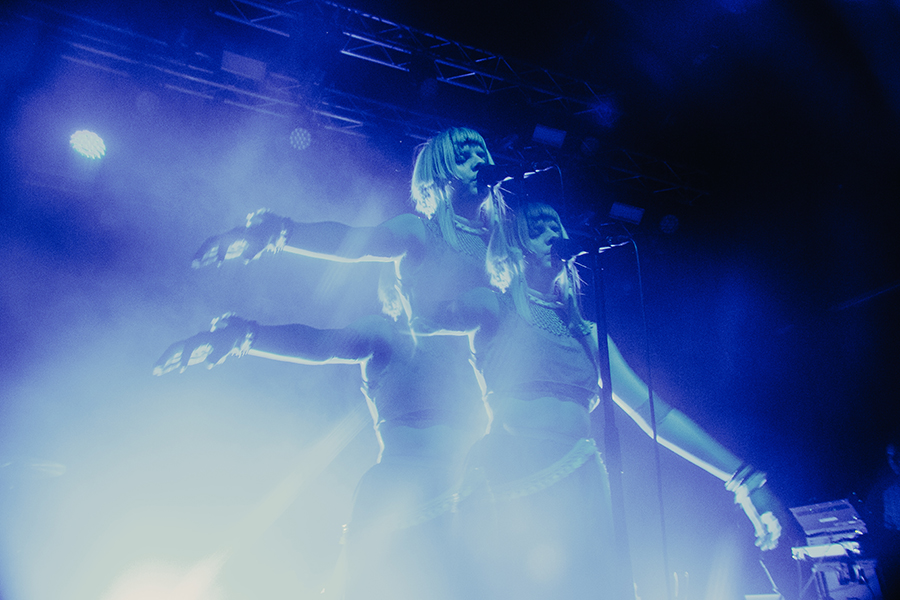 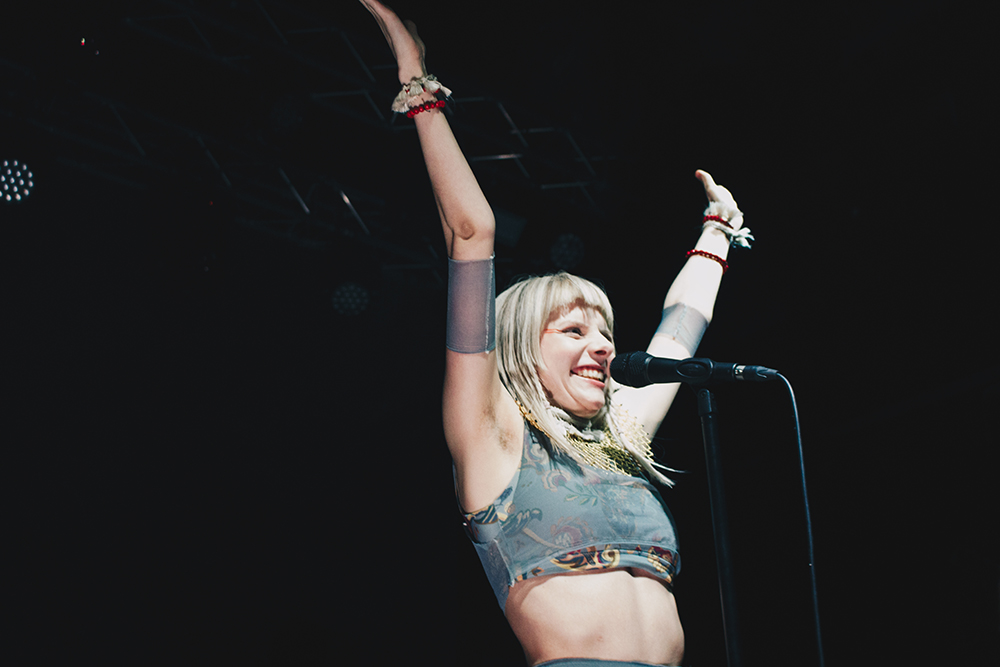 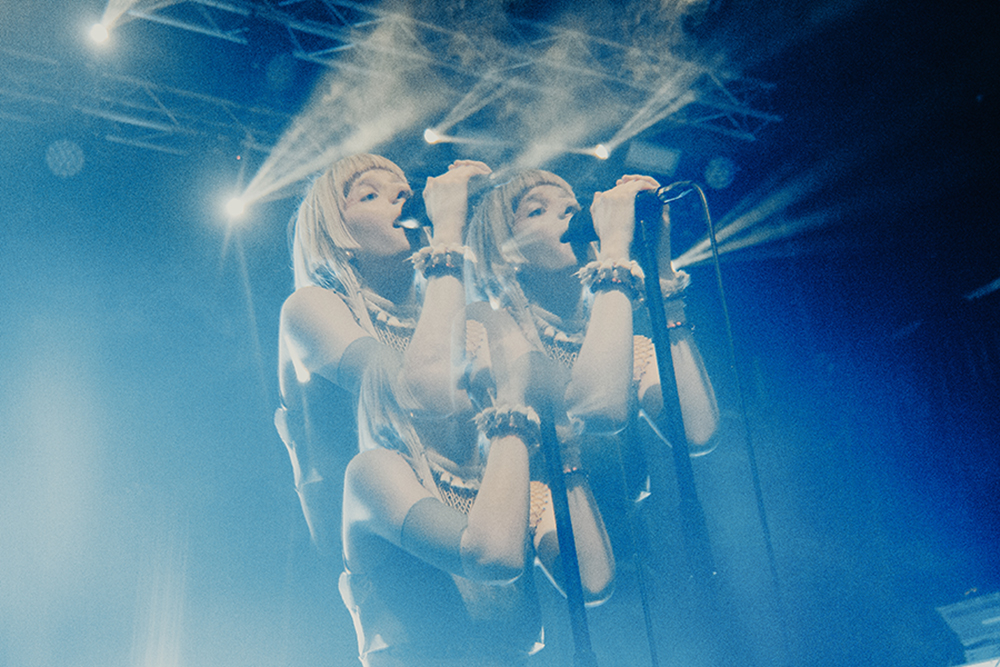 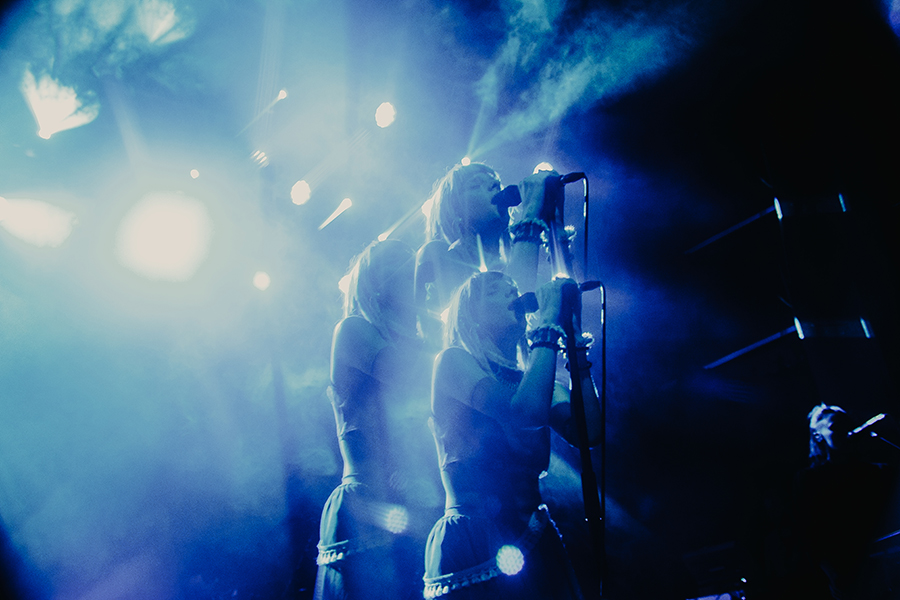 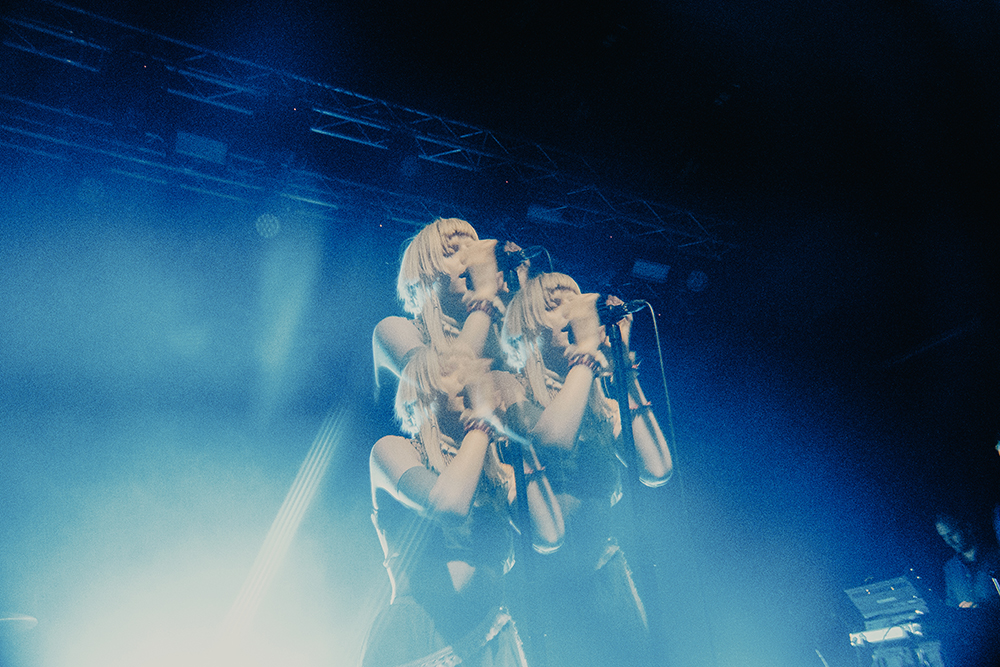 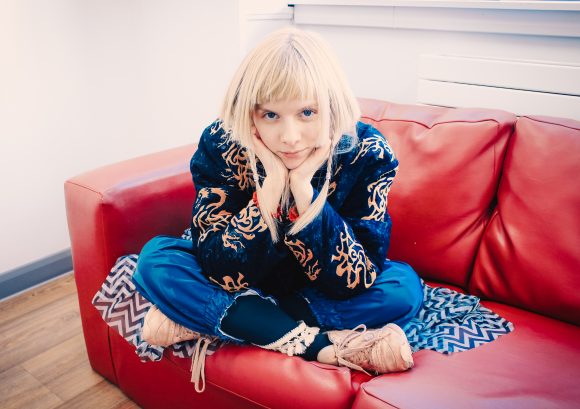