We met up with the Australian artist Courtney Barnett on the occasion of her show in Munich in November to talk about her tour and the upcoming album.

You guys are on tour, how’s it going so far?
It’s been really good, really fun. We’ve been in America for a month, and we’ve been here for a week and a bit now. I’ve never been here before, so it’s really exciting.

You released a few EPs. Are you currently working on an album?
Yes. We recorded an album earlier in the year and we’re going to release it early next year, which is pretty exciting.

Can you tell us something about the new album?
I pretty much wrote it over the last year, the four of us recorded it in just eight days. The two other EPs we recorded were like a year apart, with different musicians popping in and out, different places. But it’s along the same lines, just stories about stuff I’ve seen and do.

Are you planning on doing any collaborations? Or are there any artists you would really like to work with?
Plenty, yeah. At Milk!Records, my label in Australia, we kind of all do stuff together, like Jen Cloher or East Brunswick All Girls Choir, we’ve been doing stuff every now and then, but nothing like recording an album. It’s a good exercise as a musician though, to try and write songs with other people, because it’s actually something really weird to do.

Are there any current artists you would like to recommend?
King Gizzard & The Lizard Wizard, they’re a good band, they’re from Australia. We saw them play just yesterday on a festival. Benjamin Booker, he’s also really good. He’s from America.

Out of all the gigs you’ve played this year, do you have a favourite?
We did Primavera in Barcelona, that was a really fun show with a great crowd.

Which three songs should be part of every road trip soundtrack?
Once In A Lifetime by Talking Heads, maybe an AC/DC song.. and Let England Shake by PJ Harvey.

What is the one thing you would like to tell the world?
Stop fucking the world up.

Which advice would you give to young artists who are only just starting with music?
Don’t let anyone tell you what to do and trust your instincts. 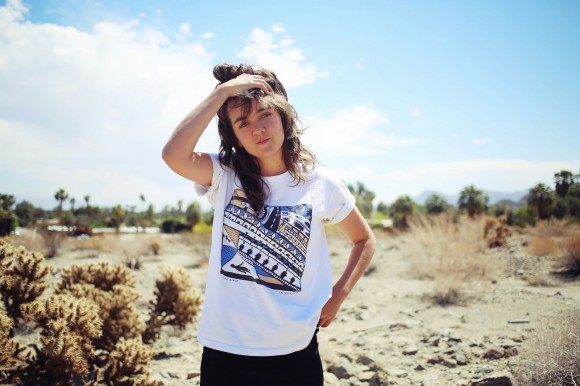