Easy Life – clearly one of the best new live bands we’ve discovered in 2018. The multi-instrumental, multi-tasking and multi-talented band was formed in late 2017 in Leicester and have released quite a few mixtapes/EPs so far, which are full of bangers. The boys were finally back in Manchester (yes, Manchester is the new Munich – I moved here now) and we met Murray, the front man, for a little interview on the streets of Manchester (literally). Check out their sick video for ‘Nightmares’ here and read what Murray told us about Texas, favourite artists and good presents.

First of all, how are you? How is tour going?
Yeah, you know what, tour’s going really good. We just arrived here in Manchester. Went out last night in Glasgow, flew from New York the night before, and then flew from Texas the night before that. So, ruined with jet lag, but it’s all good.

Oh right, you just played SXSW. How was it? How is Texas?
Have you ever been to Texas?

Never.
Bro, it’s like, it’s like Grand Theft Auto, man. It’s like, I don’t even know how to describe it. It’s just huge, everything out there is massive. There’s loads of cowboys running around, it’s legit. Like, we went to a ranch actually, ASOS were doing this thing where they’d like hideout an old school ranch full of cowboys and horses and stuff and you could go there and ride horses and like lasso people and stuff, it was dope. It was fun. 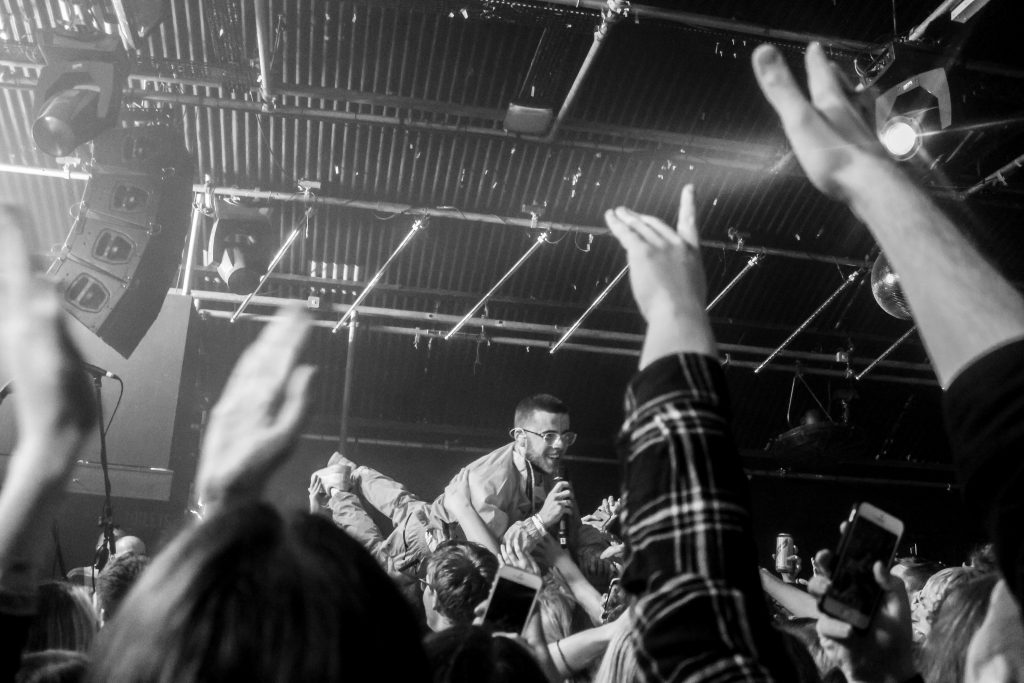 You just released new music, the new mixtape, and once again I realized… I really fucking love your lyrics. I was wondering, are there any lyrics that you’re most proud of?
I don’t know really if I can choose them, but there’s certainly… the lyrics for us are the front and center of the whole project… often the lyrics come first with some of our music and then the melodies and the instrumentation and the production will like try to suit the lyrics. Like, Wet Weekend for example, is like a very melancholy tune off the record and we wanted to have this sort of warm swelling audio and the sonics to it reflect the lyrics, but no I haven’t got any favorite lyrics. Maybe some of the Wet Weekend stuff.

Was that a good thing?
No, not at all, but maybe on the second album we’ll go country, but who knows? What have I been listening to? I don’t know. We’ve got Che Lingo touring with us with Jacky P as his DJ which is loads of fun. Che Lingo is sick, he just dropped a new EP in February a couple months back. We’ve been banging that in the van, we love that shit. All the usual stuff though, like Anderson Pak’s got a new record coming out. The new Solange record is pretty sick. Yeah, all sorts of stuff.

What was the last present you got someone?
I bought some presents for some people out in Texas, but I haven’t actually got home to give them to people. Yeah, I got a few presents, got like some books. Boring stuff, man! Boring! I’m trying to think! I got given a lovely present. Does that count?

Go for it. What was it?
My girlfriend, bless her, gave me an amethyst crystal which is supposed to give out positive energy and shit. So, I take that with me on tour and I put it on my keyboard and that and it, like, blesses the stage you know?

That’s pretty cool.
Yeah, that’s a pretty good present, right? I can’t compete with that. I’ll be giving her like socks and shit like that.

Socks are a good present! I don’t know why so many people hate it as a gift.
Yeah, my manager got me a pair of socks actually in New York, bless him, so socks is a good present.

Who was your first big musical love?
I used to listen to a lot of Miles Davis and Louis Armstrong, Glen Miller. All like, the old jazz swing people. My parents used to play that sort of stuff and I grew up listening to that kind of music. All the old jazz legends really were my first idols because as a trumpeter as well I used to listen to all their stuff, but then I guess I sort off graduated to Drake and Kendrick like everyone else in the world. Frank Ocean all the usual people. Stevie Wonder.

Still all pretty good.
Yeah. All legends for sure. 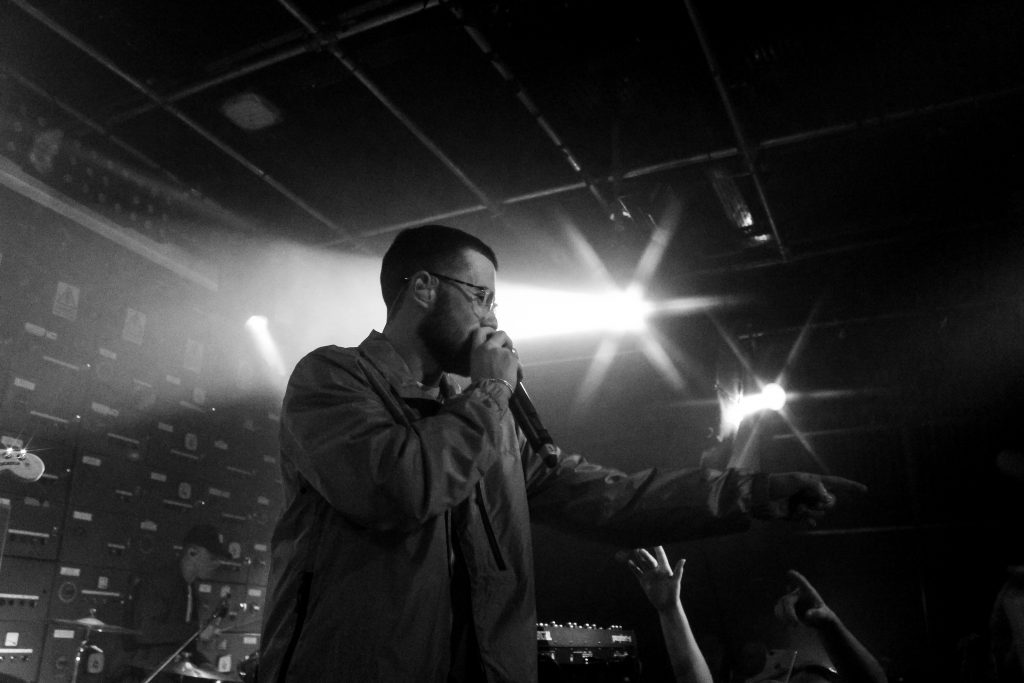 If you would have to compare yourself to any animal, which would it be?
Animal? Fuck. I’ll probably be something boring like a monkey because I’m just, like, little and fidgety. ADHD, hyperactive vibes you know? So, probably a monkey. Like a little chipmunk. Like, an annoying monkey though, not even a good monkey. I’d be a shitty monkey, man.

Nice!
So what’s the plan for the future of the band?
For the future? I mean, the immediate future, we’re just touring for now until like July. We’re actually touring again, we’re touring the Spaceships Mixtape in October. So, I assume by the time this has gone out, that’ll be front news. But yeah, we’re touring the UK, we’re playing Coachella, we’re playing a few festivals in the US. Down the east coast like Boston Calling, Governors Ball, Alabama something like Hangout Festival or something. I don’t know. We’re just touring, man. We’re just going to take the show on the road for the next few months and then back to the studio! I’ve got some time in the studio which is good. Working on new music etc.

So there is more music / an album in the making?
At some point. Do you know what? I think the album’s going to sort of appear, as in when it will, because with the mixtape and every project that we’ve ever released I just wrote it and then it felt like the right thing to do was release it with whatever sort of structure it came out.

I think that’s a great way to do it.
I think so too! I’m privileged and positioned in that I don’t have to stress about anything.

Well, thank you for the chat! I can’t wait for the show later! 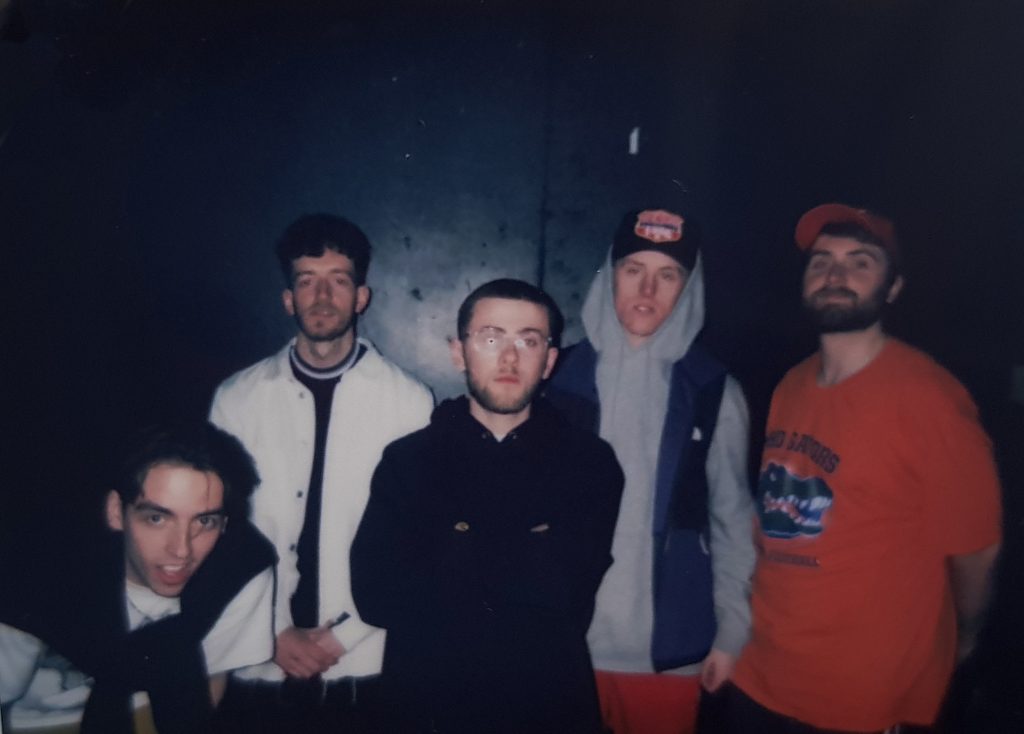 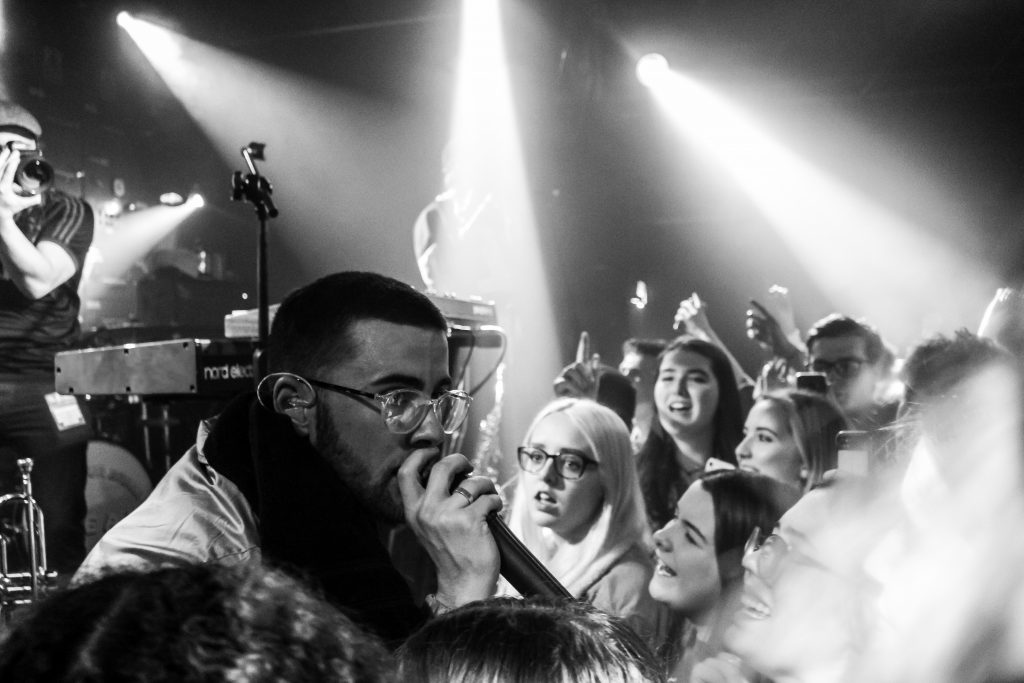 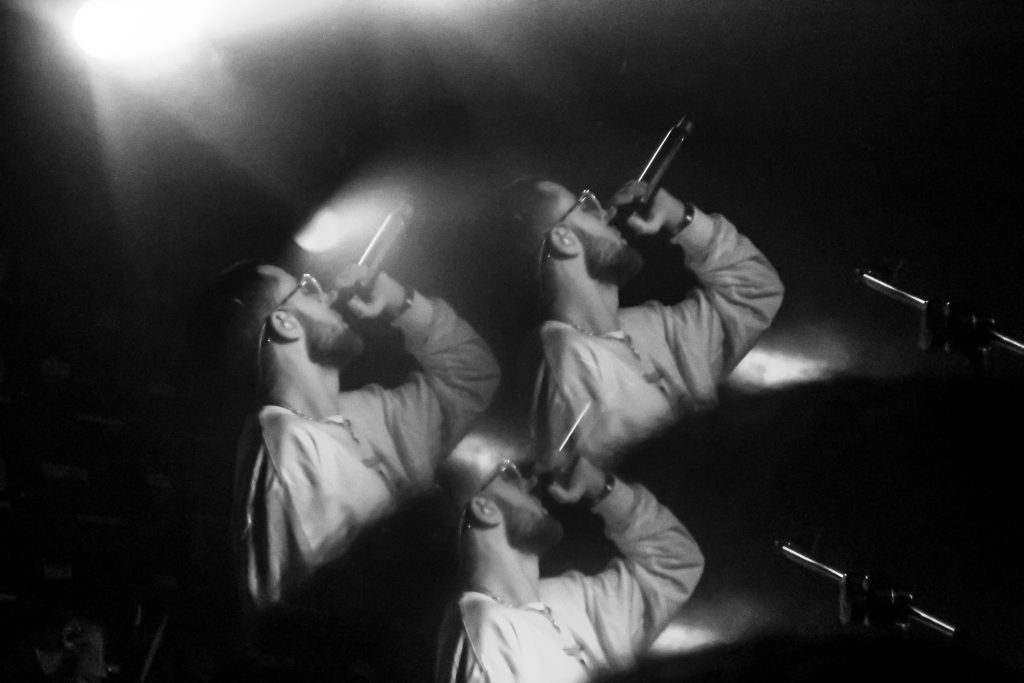 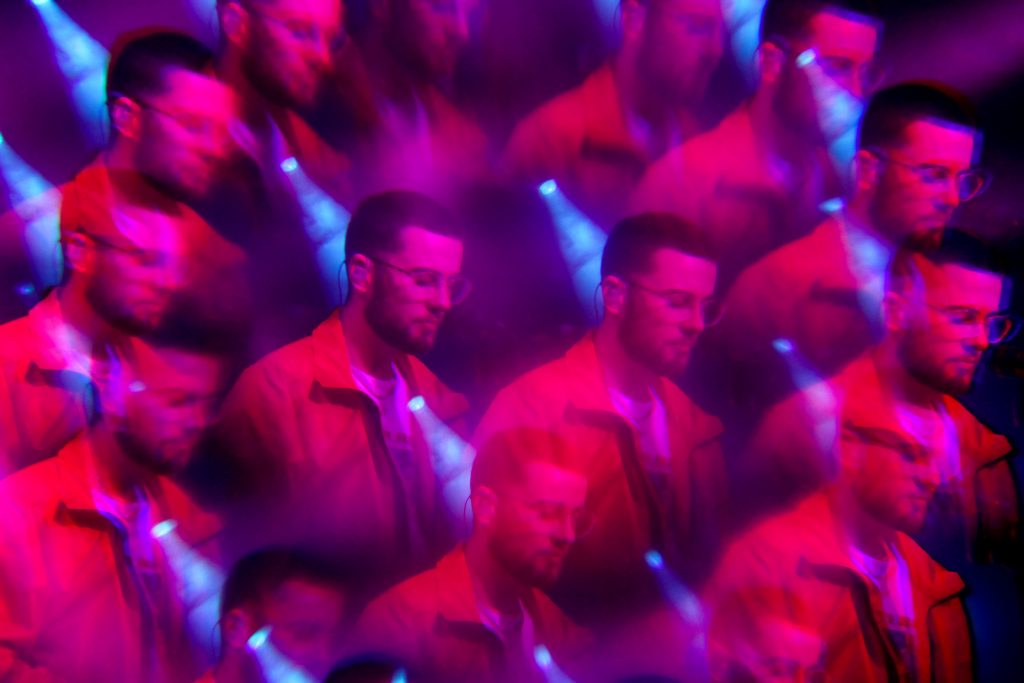 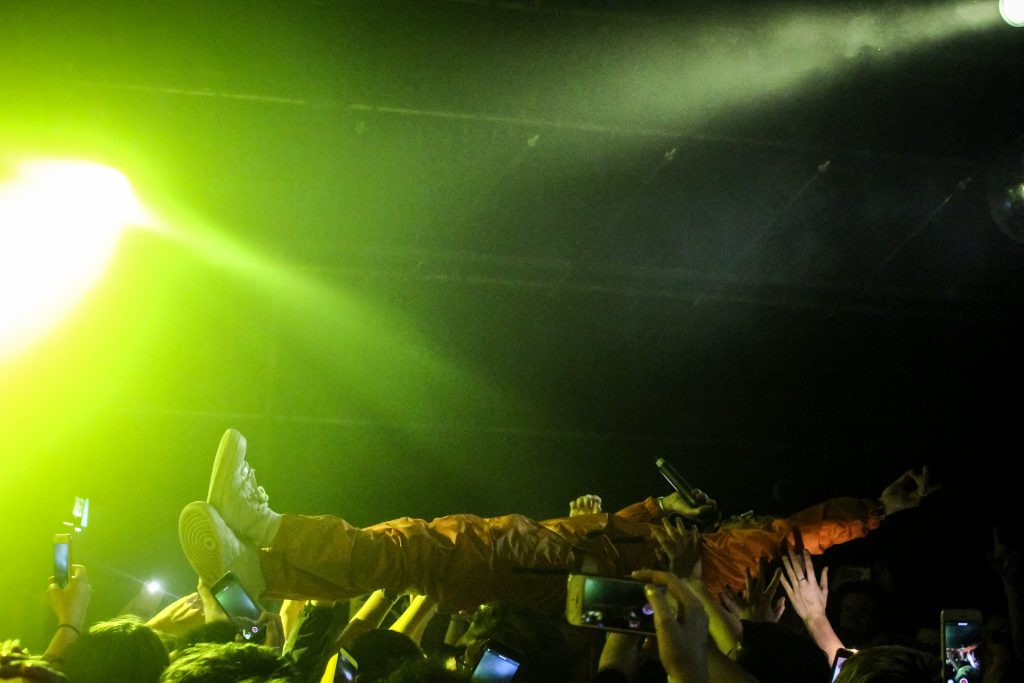 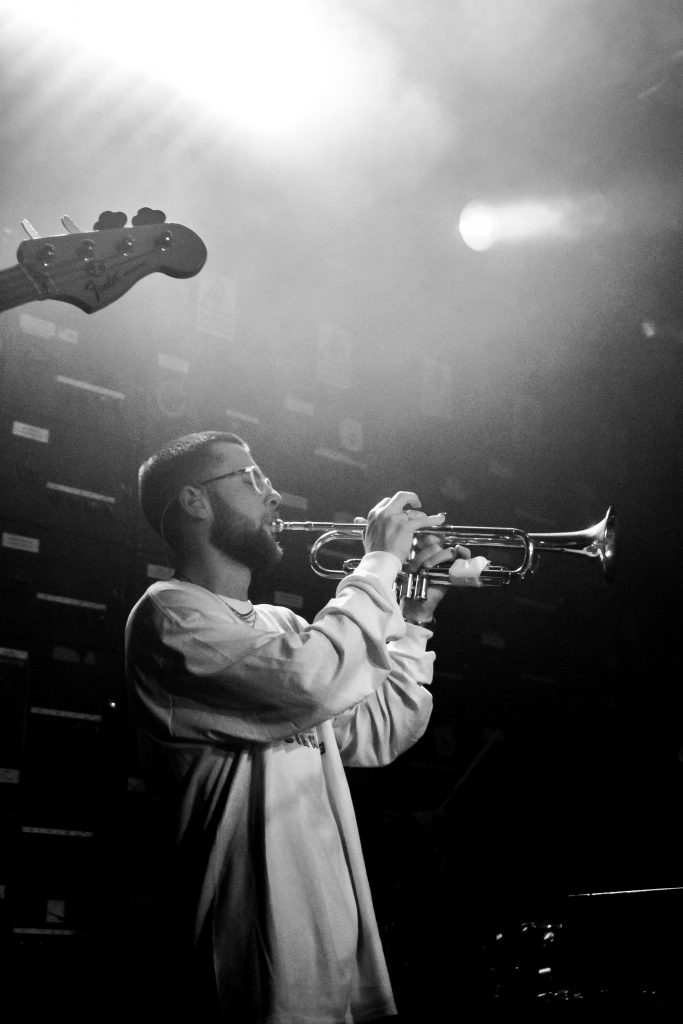 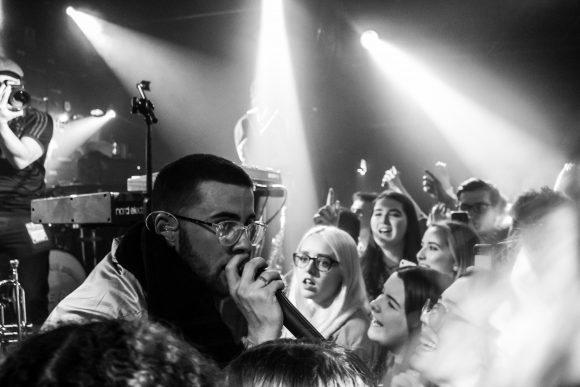