A band we have loved and appreciated for quite a few years now has finally come back to Europe for a tour, after having released their third record “Can you really find me” via Domino back in June. I’ve spoken to John and Mick from Night Moves before their brilliant show at the Night and Day in Manchester.

Hello, nice to finally meet you! You have just started your UK tour a few days ago, how’s it been?
John: So far so good! No one’s gotten sick yet – which was a big thing last time… we all got sick after like the first two shows on our last tour, and now we’re already on the forth day, and we’re feeling great!

Is it a lot of trouble for you to come over to the UK to tour? Cause I know whenever UK bands wanna tour the US it is extremely expensive and hard to actually make it happen.
Mick: We heard about that! We spoke to our opening act and they said they would love to tour the US but it would cost them like 10.000 USD – and for us it’s plane tickets and paying for hotels and stuff – but there is no 10.000 USD to get in or something.
John: Flying with gear is a real pain though. I wish we were not in a band that needed specific things, so we could just rent a couple of guitars, but because we do simply need a lot of our own things it’s always a bit nerve wracking.
Mick: We have this drum machine on our drumset and there is this metal thing that attaches it, and I was going though security and they opened it all up and were like “What!? You think you can fly with this?! You could pull this out and hit someone!” And I was like “…. it attaches to this…. we have flown with it before….” so yeah, security, I don’t get this whole thing anymore. 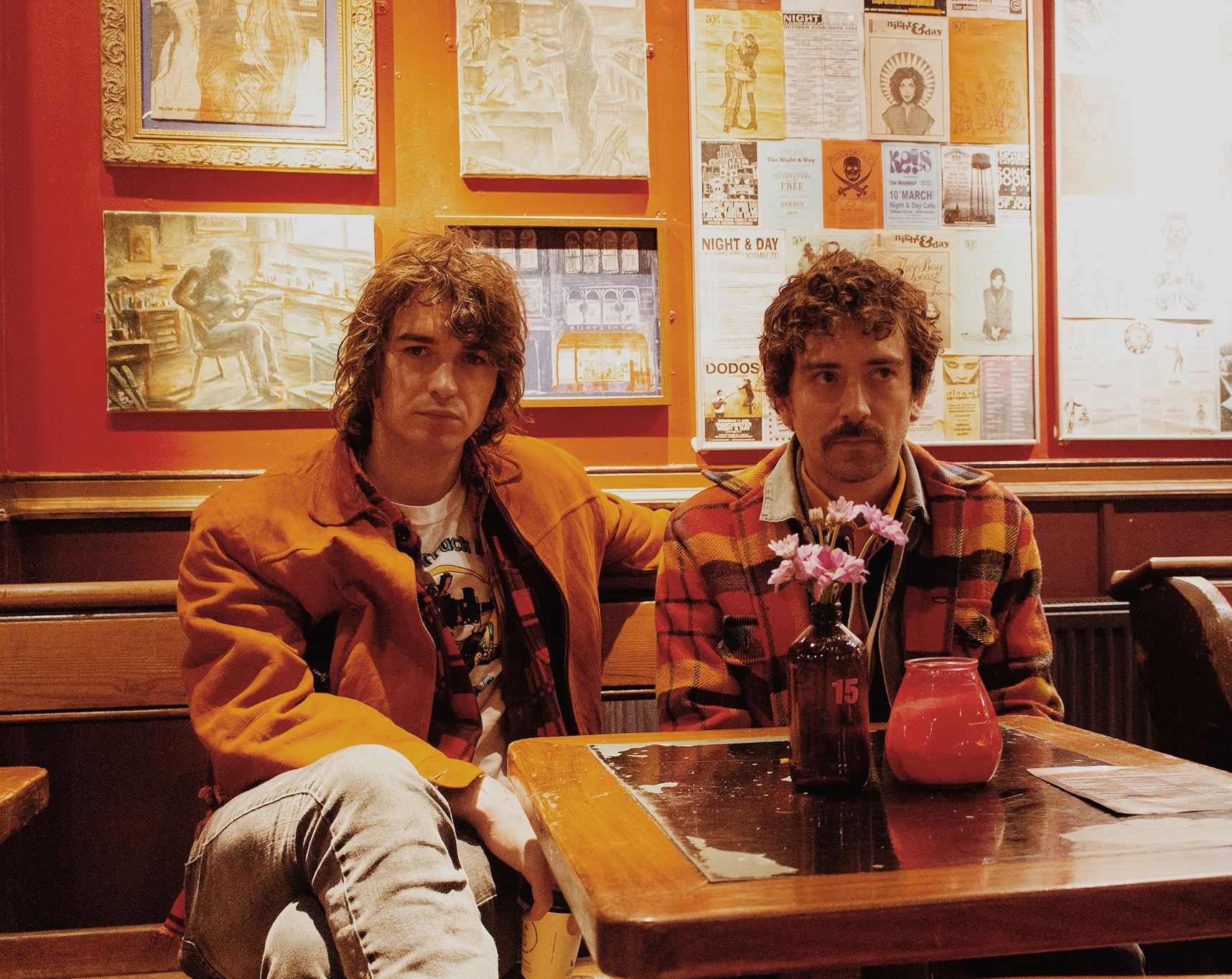 You released a new record earlier this year, which I absolutely love. Could you talk me a bit through the process? Where did you record? Who produced it?
John: We recorded in Austin, Texas, with Jim Eno (Spoon) – who produced the record. You know Jim, right?

Yeah! I’ve interviewed him / Spoon a while back.
John: Oh really? That’s cool. Yeah, so the album was all written and demoed up in Minneapolis, where we are from, so we pretty much had the blue print done. So we went down to Texas and recorded it all in like 3 or 3,5 weeks.
It took a little bit to write, just to make sure you get something new and something that has continuity to it. It’s the third chapter of the band, I wanted to make sure it was right.

Did you feel any pressure following up the previous record?
John: Yeah. Yeah, I did. You always want it to be better. It’s really easy to do the same thing over and over again. So like I was saying earlier, you wanna find something new, something old and figure out the harmony between those two.
So yes, there was pressure. But I think I felt more pressure for our second record than this one. 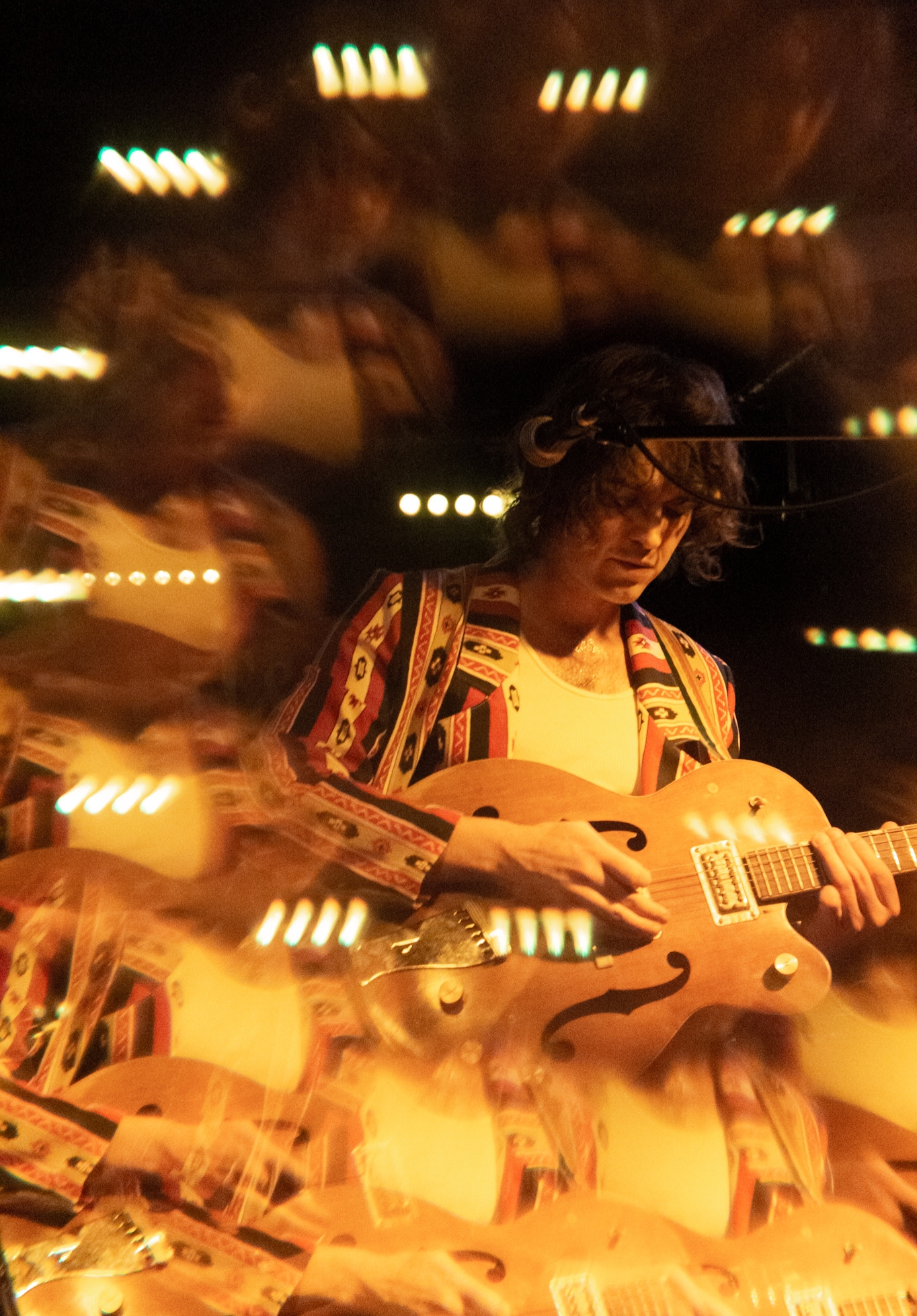 During the process of making a record, do you listen to other music at all or do you like to only focus on your own work, to not get distracted?
John: Yeah I do listen to music. But I also go through an intense period in which I don’t listen to anything – cause after a while your ears are just so tired that you’re like “I do not want to listen to anything” and just watch TV or something. And you’re also just so in the zone.
I am not too sure what I was listening to though, I would have to look at my phone, but I remember listening a lot to that Glen Campbell song, “Wichita Lineman”.
Mick: You also really go into the Cocteau Twins and stuff like that while we were recording!
John: Yeah, right! 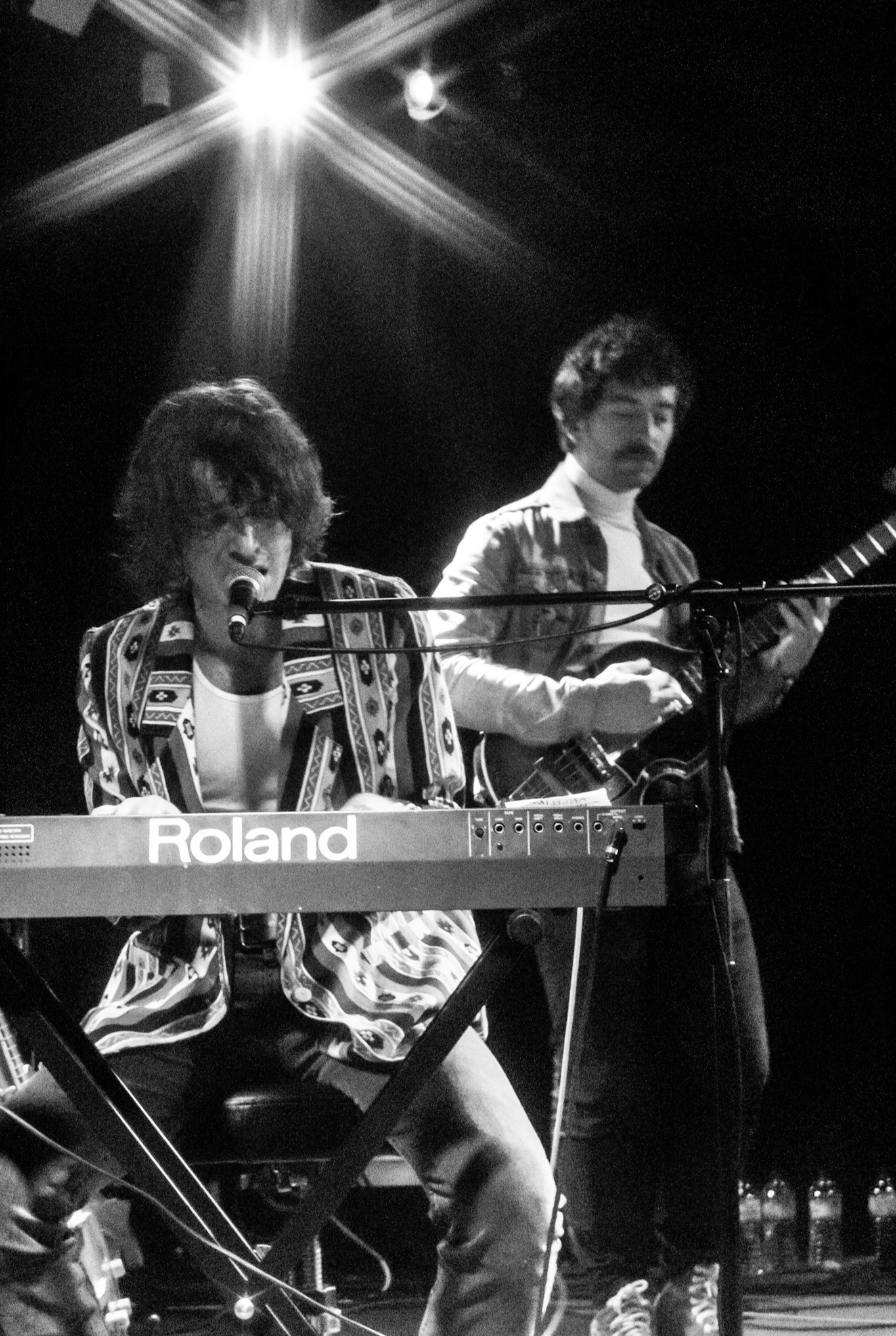 You guys are from Minneapolis – about which I only heard great things so far. What is the best thing about your hometown?
John: It’s clean. And we have a lot of trees, it’s really green – we have lakes and bike paths, so that’s amazing. There is a good music scence in town too.
Mick: And the city is still easy to live in. You can rent a house, have space – have a practise space!

Looking at the last 10 years of music – which record, or which records, would you consider a masterpiece?
Mick: Good question! Hmmm… I’m gonna go with Innerspeaker by Tame Impala, their first full length.
John: Damn, this kinda stuff is really hard for me. I’ll come back to that question!

What band or artist should everyone go and see live before they die?
Mick: We went to see Neil Young in January. He was doing this sort of residency in Minneapolis and played four different theatres. We went to the first show at a pretty small theatre – it was incredible.
John: Yeah that was really special. But we’re also super huge fans of his. You know you spent such a long time thinking about this guy and listening to his tunes and then you see him like and you’re like “Wow, there he is” – it was a different kind of special.

What makes you nervous?
John: Oh that’s a good one. A lot of shit makes me nervous. Bills. Money.
Mick: Driving through insane storms in the US, like we’ve done before. Sand storm, snow storm, thunder storm… that can be so insane. You’re driving like 5 mph and you can see 20 ft in front of you… and the GPS is like “Take the exit in front of you.” and you’re like “….. there is no exit.” – and if you pull over that’s probably just even more dangerous, so you keep on driving. That kind stuff has really shaken me up on the road.
John: Yeah… and you have all your things with you as well… one wrong move and…
Mick: Also, playing in Minneapolis. When it’s your release show and all your family and all your friends are there, staring at you. I’d rather play in London for the record label – that was scary at first, but yeah jesus christ, I never wanna play in Minneapolis again, hah!

What’s the plan for the rest of the year then? Touring Europe and then the US, correct?
John: Yeah, when we get home from the Europe tour we will be going on a east coast US tour – and that kinda takes us til the end of November. And then the holidays hit. We have one last show on NYE – in Minneapolis.

…which I assume Mick is very pleased about?
Mick: Hah, yeah… but that one is a smaller club – it’s not the album release show or something, so I’m good! 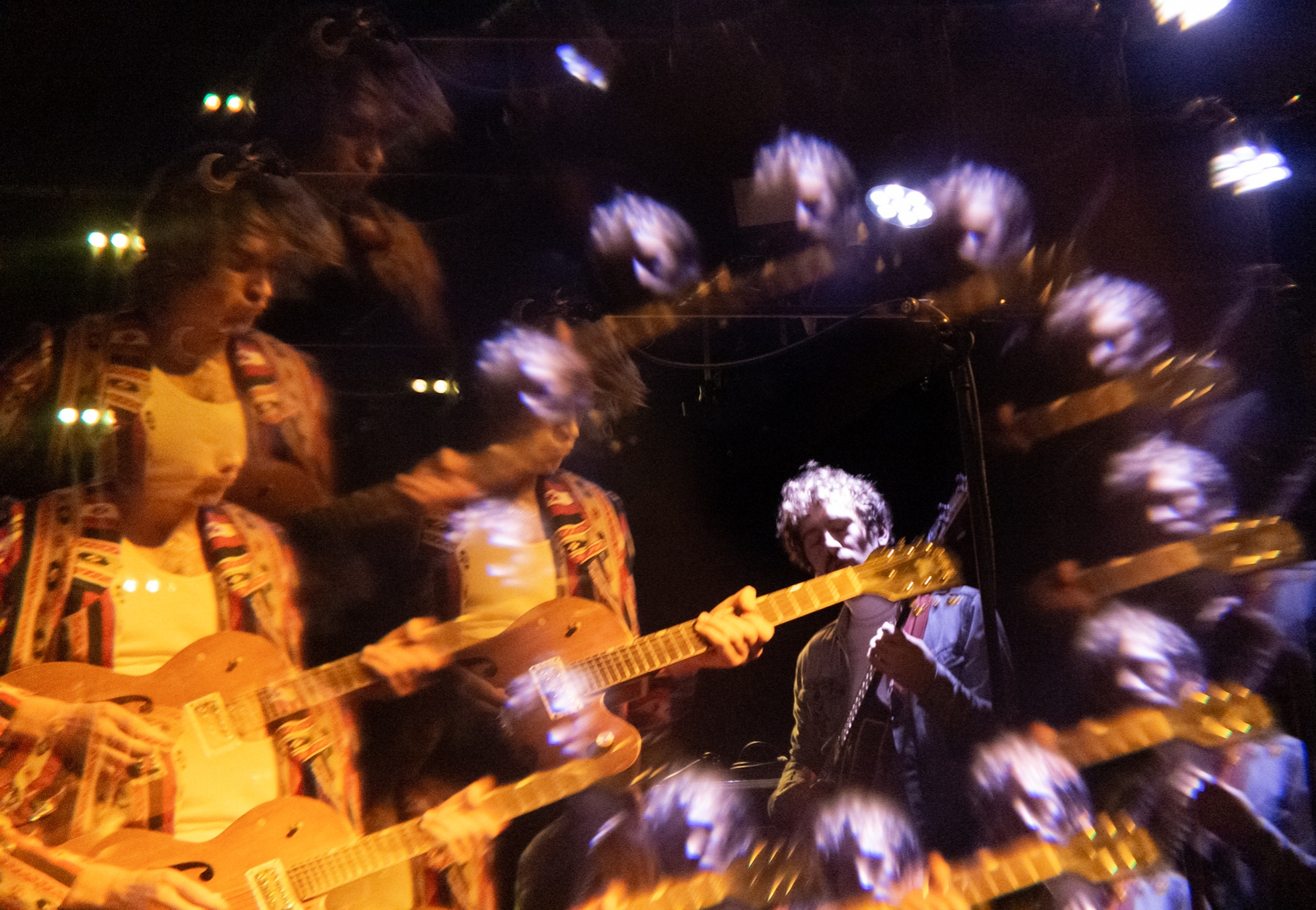 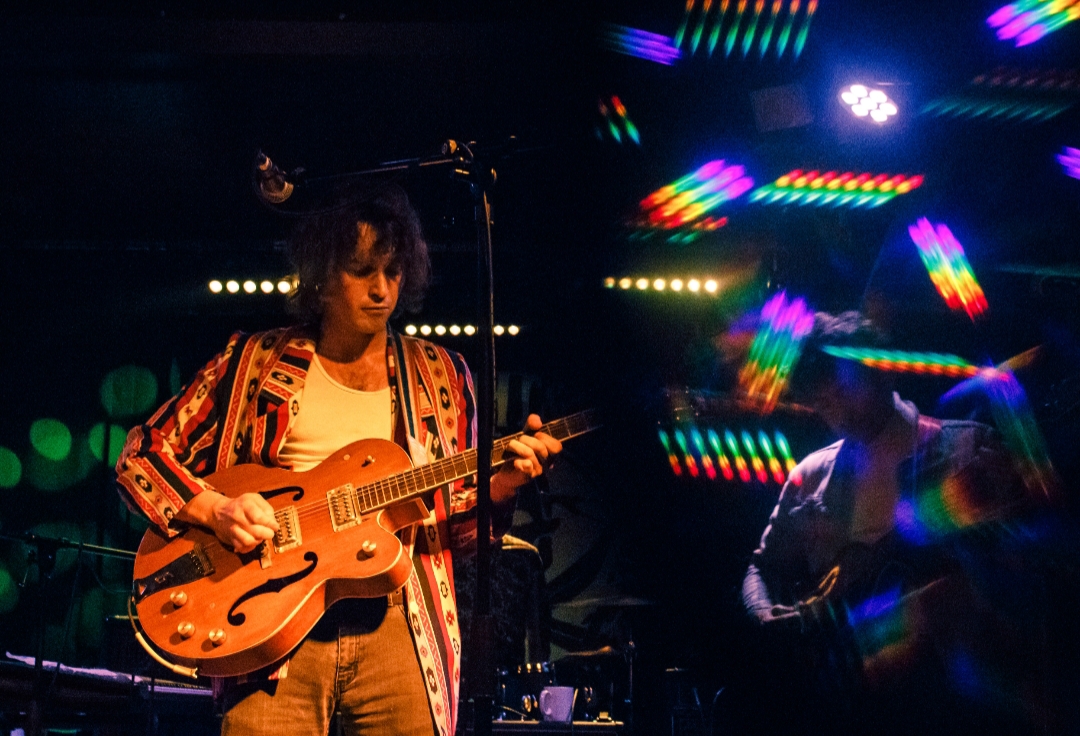 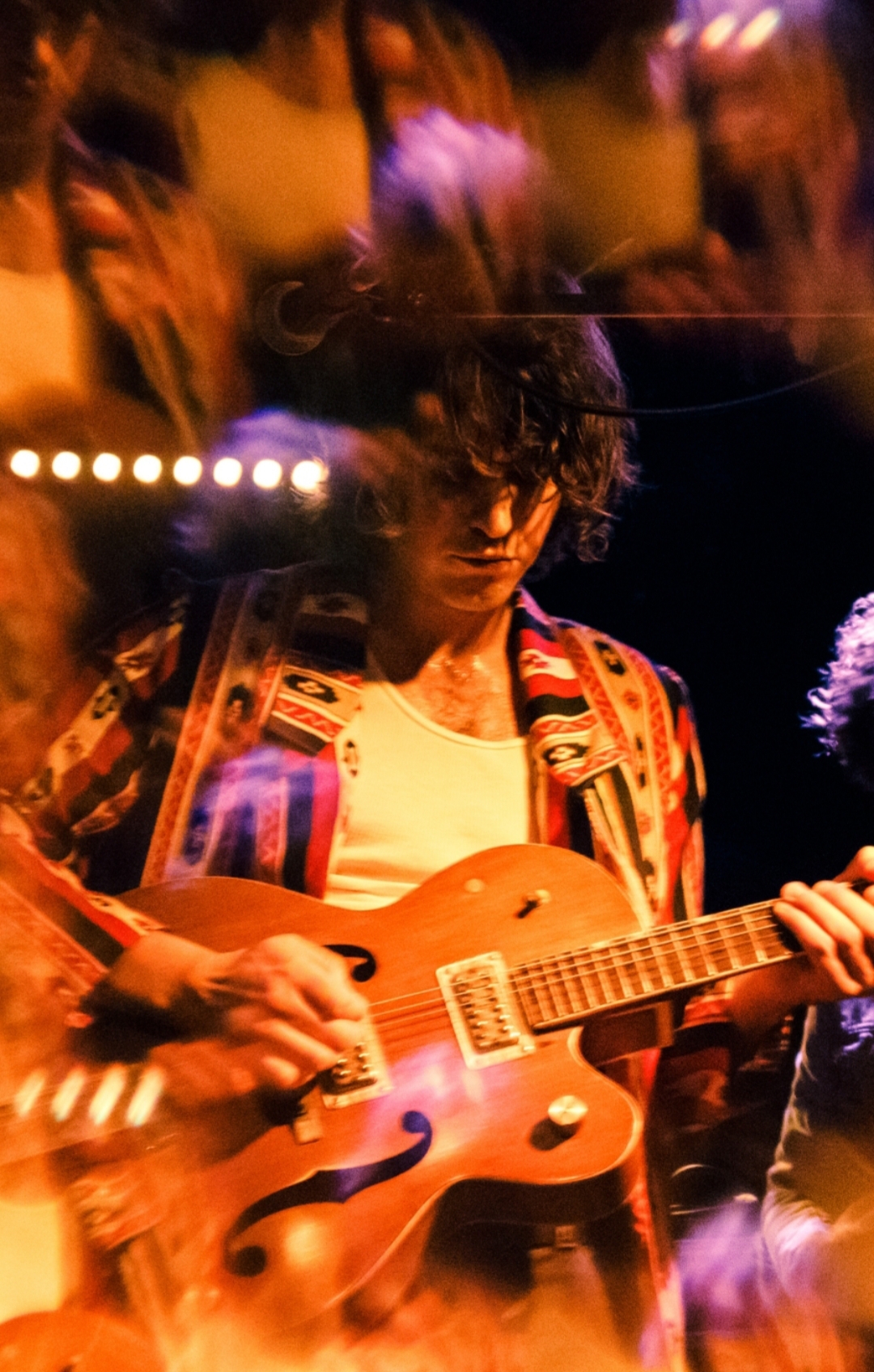 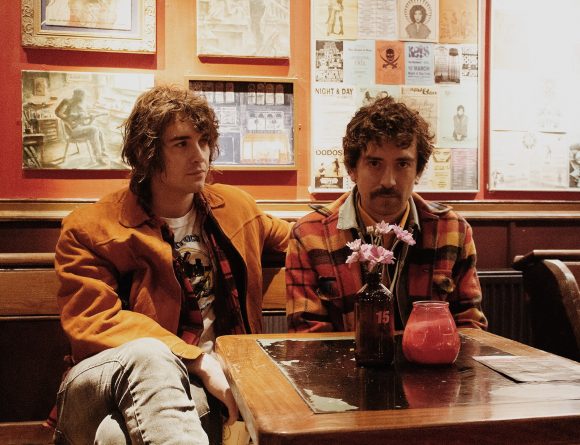