When I was introduced to The Howl & The Hum at the beginning of this year I was instantly blown away. Hauntingly beautiful vocals, well written, meaningful lyrics and melodies that find their way right into your heart.

The young band from York, UK, has now released their debut record ‘Human Contact’. Listen to their latest single ‘Hostages’ here and read our chat with their singer Sam below.
Congratulations on your debut album! It’s stunning and already one of my favourite records of 2020.

How did you celebrate your album release?
Thank you! We were sat in our separate houses drinking slowly throughout the day and getting phone calls from our mums saying ‘this is weird isn’t it’. It really was weird being isolated during the album’s release, but then we didn’t know what to expect from album release day, so hopefully any future album releases will not exactly mimic this one.

Could you tell us a little bit about it? Where did you write & record it, who produced it?
It was written over the last few years in York, Leeds, and in the studio in Ramsgate, Kent, and was produced by Jolyon Thomas (The Magic Gang, Slaves, U2).

Are there any artists / records you listened to a lot while making the album? Anything that you found super inspiring?
I listened to a lot of Arthur Russell while making some of the more electronic tracks, I think his Corn album is very beautiful. I love Caroline Polachek’s record, and Phoebe Bridgers and Boygenius’ songs were very inspiring. We are pretty sure we nicked a whole lot off New Order too – the energy behind their guitar parts has a sort of primal simplicity. Also Jolyon played a lot of Korn. I don’t know how inspiring that was but they are dope. 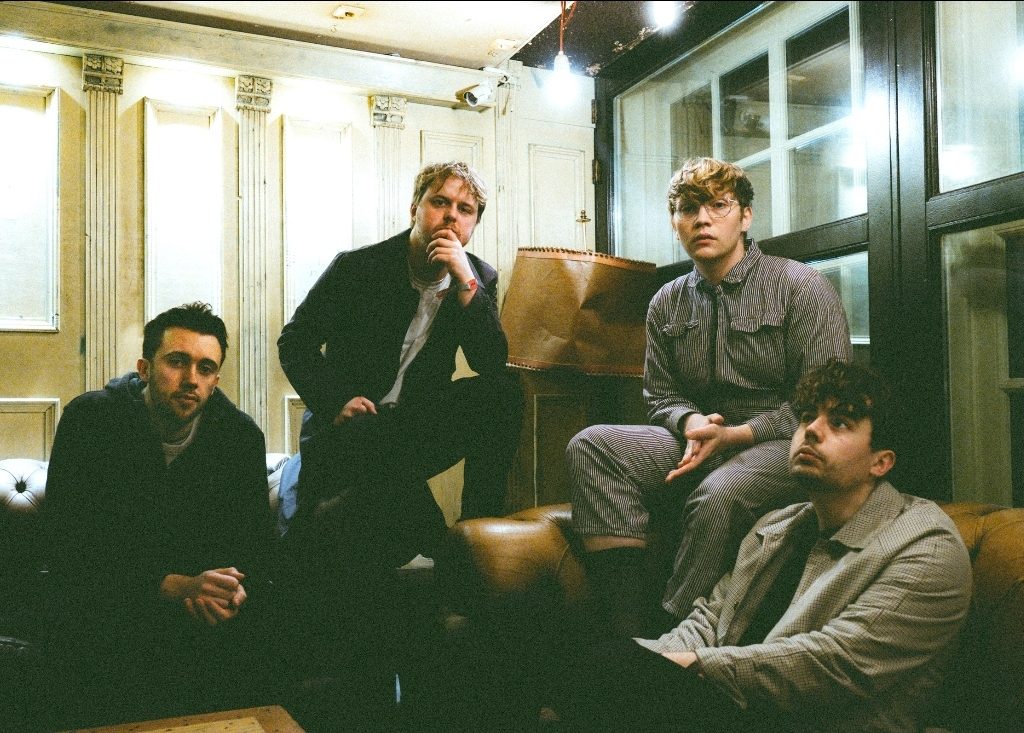 Speaking of human contact… what kind of impact has the entire lockdown situation had on you as a band?
We were meant to have gone on tour a few times by now, in the UK and Europe, and done in-stores to promote the album. It’s weird because of course we’re sad we couldn’t make it out, but it’s no-one’s fault, so we can’t lash out with blame, we’re just going to wait until everyone can be safe in a venue again. We’ve been doing some songs over emails – luckily we’re all tiny teenage bedroom producers as well so it hasn’t come to a complete halt.

What are your favourite things to do during this crazy time to keep your mind in a positive state?
Doing weird experiments on our bodies. Not surgical, but like seeing how far we can go with certain things. Like how far can you breathe in your stomach before your internal organs start to complain, or can you stand on your head for the entirety of Stadium Arcadium (both discs)?

Is there a question you have always wanted to answer in an interview but no one has ever asked?
Yes, this one. Thanks for asking.

Name three songs that should be part of every road trip soundtrack.
Let Em In – Billy Paul
For that soft opening of the journey. Wheels just kissing that sweet sweet highway. Then as spirits are high we rock:
Sugar We’re Going Down – Fall Out Boy
Big singalong. People in surrounding cars nodding their heads in pleasure, agreement, satisfaction at some good ol’ boys having a good ol’ time. Reminiscing for their youths. Then finally:
Lord of the Dance – Michael Flatley
Now I know Michael Flatley didn’t write this music but his name embodies the spirit of all of us. You get the religious connotations, you get the joy of the journey, the expectation of things to come, but then of course the movement of his two magical feet tip-tapping their way through your ears, into your heart, until you truly are the Lord of the Dance. 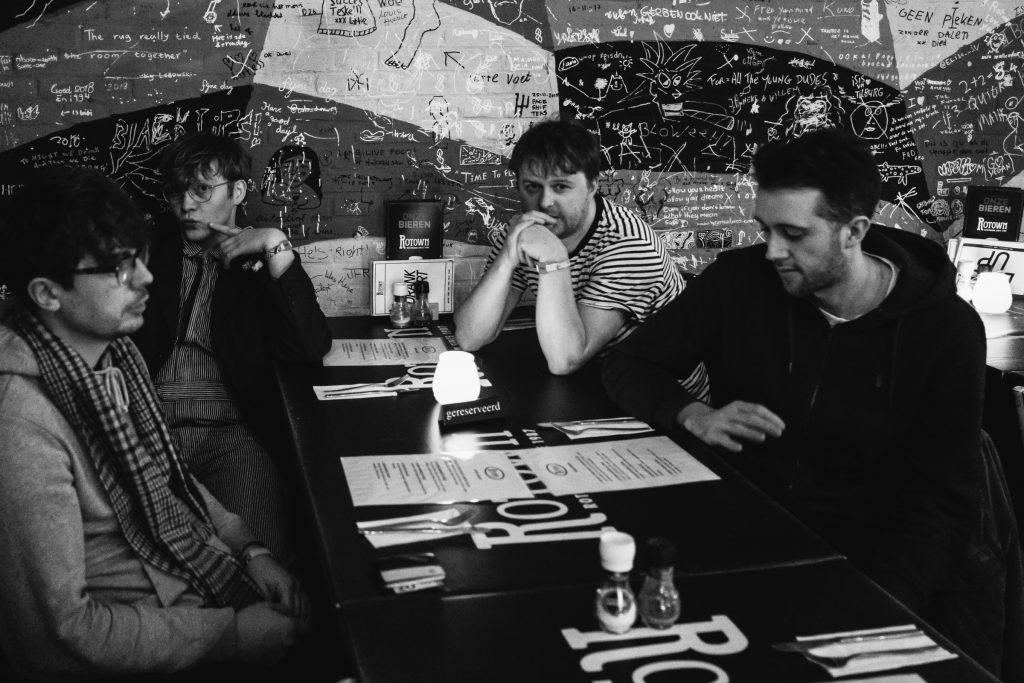 What‘s the best memory you have about making music / music in general?
I think the take we got Sweet Fading Silver was pretty sweet. It was a genuine moment for all of us, as we’d been trying for a few years to get everything right – the sounds, the atmosphere, the vocal take. When we got it it just felt right.

What are your plans for the upcoming year? I assume – if possible – a lot of touring?
We’ll be out on tour in the new year when it’s safe to pack venues full of people again. This year we’ll mainly be sculpting our pecs. 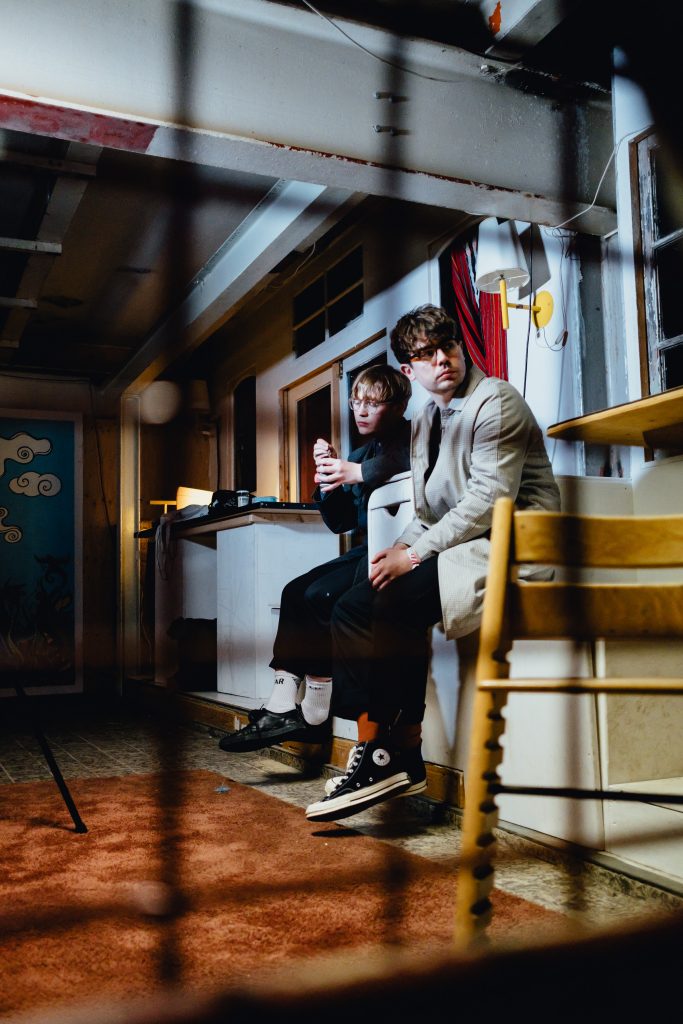 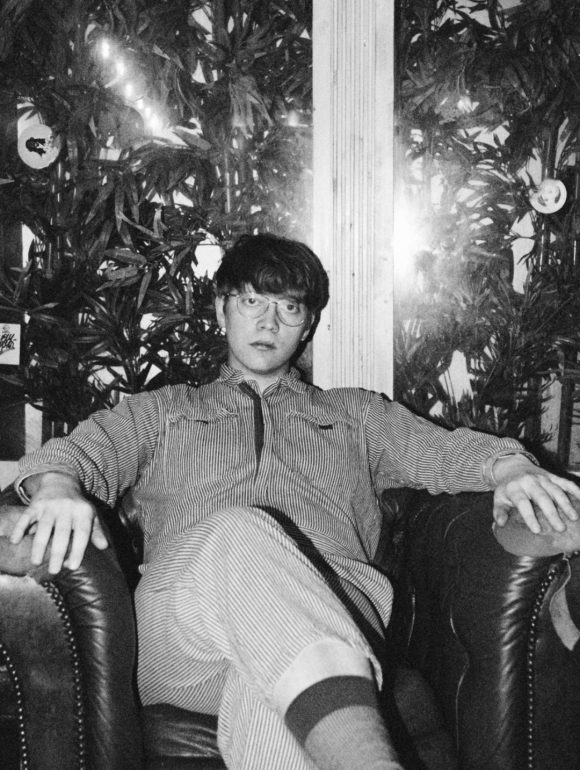