On Wednesday we met Andy Crofts and Ben Gordelier from The Moons for an interview at Paul Weller’s show in Munich. Beside their own band, they play keys and drums for Paul and are currently touring Europe with him. Check out the first single of their new album ‘Mindwaves’ called ‘Heart and Soul’ right here.

So first, how’s the tour with Paul going?
Ben: It’s been really good, we started with three club shows in London, really loud – the crowd was really close up, and it was a really small stage…
Andy: Well it was small for Paul Weller!
Ben: Yeah, the front row was right beside me, it was quite fun.. So it’s going very good yes.

The Moons’ new album is gonna be out in July, can you tell us a little bit about it?
Andy: It’s our third album and it’s called ‘Mindwaves’, it’s a progression of our normal music… all of our last songs were quite melodic with good chorusses, we kept that going, but we also did lots of new sounds that we haven’t used before. I think it’s defo a progression forwards and it might be the way we will go.
Ben: It’s not like we tried to make it sound a certain way, it just happened and progressed that way naturally.

When you’re writing a song, do you start with the lyrics or do you just play a melody and then try to find something that fits in?
Andy: When I was younger I started on the guitar and the melody came to me like naturally. But now I could be walking down the street and see a sign in a shop window or what ever and that sparks off an idea.. I’d say 80% of the time I just play the guitar and the melody just happens. And then I just write the words to fit the exact melody.. But yeah you can’t always sort of pin it down, but that’s the main way.

Have you got a favourite song on the album?
Ben: It changes all of the time, but I really like ‘Time’s not forever’ and the new single ‘Body Snatchers’
Andy: Yeah the single ‘Body Snatchers’ which is out next, the album is kinda centered around that, it was definitely the move forward. My favourite one on the album is probably the final track, ‘On the Moon’. It’s really dreamy, it’s beautiful.. you will hear it eventually.

Are there any artists or a band you’d like to work with?
Ben: Yeah, Animal Collective. It might be a bit too different to ask to do a gig together or something like that, but yeah…
Andy: Yeah, they are that sort of band I’d love to work with, like I’d love to give them my idea, and then let them do their thing to it.
Ben: Yes, we would love to work with them at the studio rather than do a gig together or something like that.
Andy: There is also a band called Hooded fan, I listen to them a lot, they got a really cool sound.
And yes, David Bowie… and Iggy Pop!

Out of all the songs you have published, which one do you think means most to you, personally?
Ben: For me there isn’t a specific song, there are songs that remind me of different things you know. Each song makes me think of something.
Andy: Yeah, there are different feelings to every single song.. But for me, personally, usually the more slower ones, like ‘Jennifer (Sits Alone)’, that’s a special one. I really love the words in it, and I usually don’t say that haha. And ‘On the Moon’, from the new album. When you hear it you’ll know what I mean.

If you could have collaborated with Paul on any of his past songs, which one would you choose?
Ben: Black River.
Andy: Oh that’s such a tough one…
Ben: For me it’s easier, I only really know his last 3 or 4 solo albums, but Andy has been a fan forever.
Andy: I’ll have to pick an obvious one, ‘Going Underground’. It’s obvious, but I’d love to join in on that one, wish we did it live…

It’s just amazing when you’ve been a fan since forever, and now you can work and tour with him…
Andy: Yes, it’s just incredible. I got to support him with my old band, and we swapped numbers, and one day he asked me ‘Hey, can you play keys?’ and I was like ‘yeah’.. and that was it.. that’s what turned out 5 or 6 years later.

Have you heard any new good bands lately which you’d like to recommend?
Ben: ‘Syd Arthur’ they are from Kent, they supported Paul a few times. We also really like Hooded Fang, Alex Winston, The Ghost of a Saber Tooth Tiger, Animal Collective, The Orwells, Polar Bear, Goat and Melody’s Echo Chamber. That’s some of the current music we enjoy. 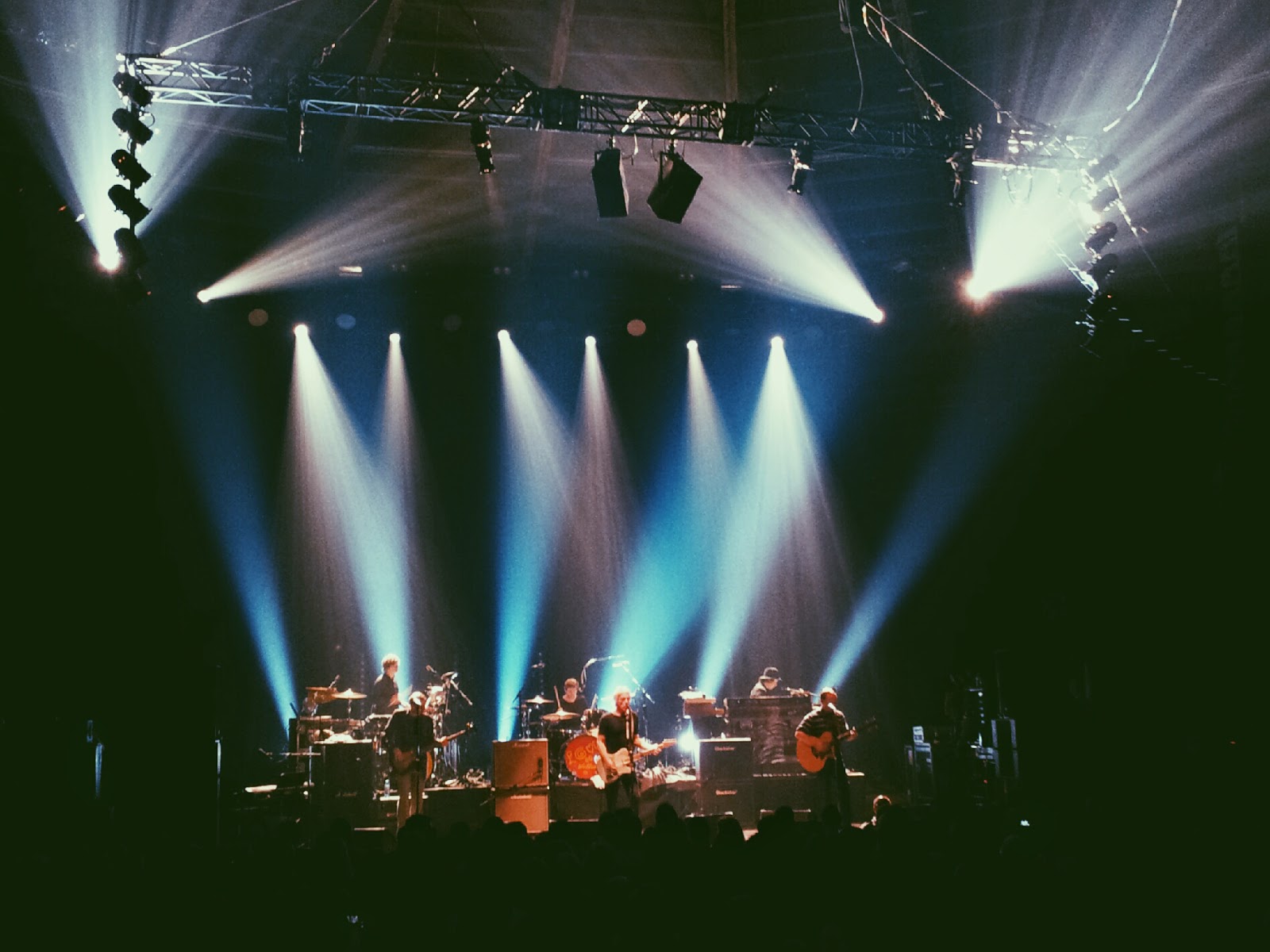 What was the best experience you’ve ever had on stage?
Ben: There was one song where we have a cowbell at the end of it, and we never used the cowbell before, so we pretended to make the noise ourselves down the microphone in a rehearsal. And then, at a gig, we thought about the rehearsal and we were just laughing haha, and the crowd looked at us like ‘What the hell are you laughing at’ haha, it was funnier when you were there.
Andy: Mine would be, a really good moment, when we played a Beatles song ‘This Boy’ at John Lennon’s birthday, at the Royal Albert Hall. The whole room went quite and we had just one guitar.

Is there a song from another artist you wish you had written?
Ben: So many yeah…
Andy: I’d say ‘God Only Knows’ by The Beach Boys. It’s just an unbelievable song. The whole album is just crazy. Which Beatles one Ben?
Ben: Julia, Strawberry Fields Forever… loads of actually.

Which advice would you give to young artists?
Ben: Just keep playing… love what you do.
Andy: Yeah, don’t listen to anybody else. Just totally believe in yourself, in your music, and in what you love.
I’d tell every band just love what you’re doing, practice all of the time, don’t read too many magazines… And be yourself, cause everyone else is already taken. 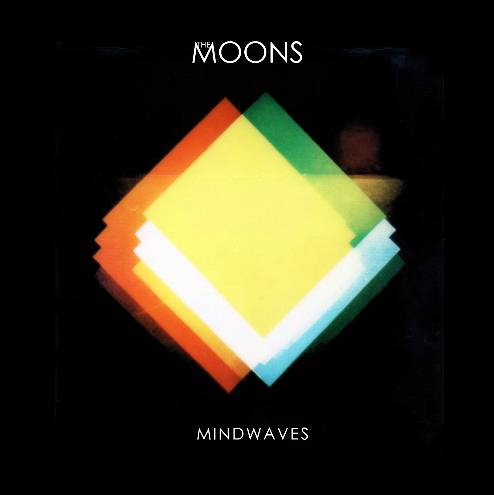 What about the new media? So many people put their music out there through soundcloud and youtube…
Andy: I think it’s actually a good thing, you put it out to lots of people at once. But the bad side is, you will also get bad feedback, so just expect it you know… If you think your song is really good, and you’re putting it out on soundcloud, then good, but yeah… Just do it if you believe in your music. 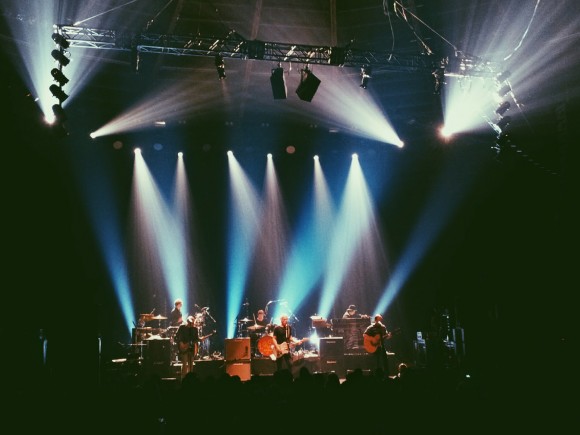