One of the most outstanding current artists was back in town! We had the pleasure to meet TORRES before her show in Munich and talk a bit about writing, books, happy moments, St. Vincent and a lot more.
Watch her video for Skim here & read our interview below.

I really love it, it’s a great album.
Thank you so much!

Have you got a favourite track on it? One that you’re most proud of?
I’m really tied to track 8, Marble Focus.

The album has a really special sound that I would never compare to any other record I’ve heard in the last few years… When you’re making a record, do you find listening to other music inspiring or rather distracting?
I usually can only listen to one thing when I’m writing and recording. Anything more is distracting. I was listening to Hounds Of Love by Kate Bush for a year straight while I was writing. Just Hounds Of Love.

So that was the main influence, record wise.
Yes, I guess so. I was living in that world for quite a long time.

When you first started making music, have you ever had that fear of sharing your personal thoughts and feelings with the world via the music? Or was that never a problem?
Not really, no. I write the music I wanna write, and of course some of it is personal, but the songs are layered enough to not give away too much, it’s not confessional, you know? I have a lot of secrets. (laughs)

My favourite song of yours is Strange Hellos and I love how there are so many different and really stong emotions in it. In another interview you said reading Zen In The Art Of Writing by Ray Bradbury helped you get your real emotions down to paper. What was the most important thing you took from that book?
In that book he is talking about how to get your thoughts down on paper, without worrying about the way it may be perceived. His point is – and it’s true – that so many writers are afraid of giving something life by writing it in words, cause they’re already self-concious about having it become a truth simply by having it exist in writing. And then they are thinking about the way other people will perceive it if they ever read it, or hear it, and that right there keeps so many people from writing at all. So in the book he says: get your true loves and true hates down on paper. Because you know, having any sort of emotion is better than not feeling anything at all. Feeling hate is better than feeling nothing.

You can name a few, ha, don’t worry!
Oh man, where do I start… okay, I have to put at least one Lorrie Moore book in there.
Birds of America by Lorrie Moore is a big one for me. It’s shortstories.
East of Eden by John Steinbeck.
Oh you know what, I’m gonna go with J.D. Salinger as my favourite. Franny and Zooey as well as Nine Stories are really important to me. Nine Stories – they’re short stories, and Franny and Zooey is a novel.
And actually, Ray Bradbury is one of my favourites too. The Illustrated Man, Martian Chronicle…
And – of course – Sylvia Plath, The Bell Jar.

Great selection!
You worked with a bunch of great people – was there a favourite / special moment with someone you always wanted to work with and eventually did? Producer or musician, whatever you want.
Oh man, favourite! Well, Rob my producer for sure, he’s fantastic.
One of the coolest and most special things I got to do was… do you know Brandi Carlile? She is one of my songwriter and performer heros, and she put out an album of covers of her own album that came out 10 years ago, and she had some artist record covers of the songs… and I got to do one of them! I actually recorded it with her, and she sung harmonies on it.

MINDBLOWING.
Yes! The coolest thing I’ve ever done. So that’s probably my highlight so far.

You’re a massive St. Vincent fan too, right? Do you like the new record?
I LOVE the new record! I haven’t seen the new show yet, but I can’t wait! It looks amazing.

Likewise! I hope she comes back to Germany soon.
And last but not least, your tour is nearly over now… so what’s next?
I hope I get to keep touring! I’ll take the holidays to spend time at home and hang out with my cat, but next year I’d love to be back on the road. Hopefully back to Germany next year – if the people say I can come back. (laughs)

Well, we officially allow you to come back, so…
Ha, perfect, it’s settled then! 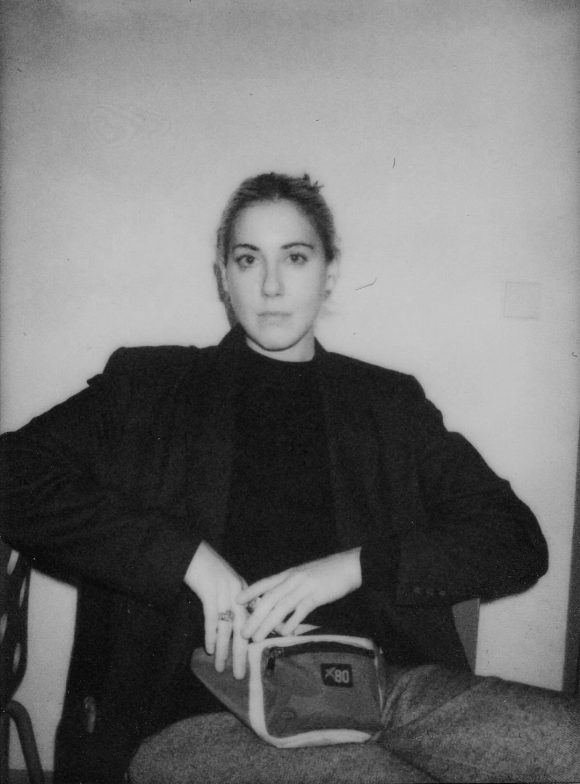