We had the chance to talk to the girls from The Big Moon before their show at Puls Festival last weekend. Read on to find out more about their music, their life on the road and why one of their members might not survive New Year’s Eve…

Well you guys had quite a nice year, you released your album… what was your favourite moment of 2017?
Jules: This one right here, right now. (points at the plate of food she’s holding)
Soph: Mine was when we played a venue called Koko. It was the last show of our headline tour – it was just so fun, so nice and that was my highlight.
Fern: Also the Mercury Prize!
Celia: The Mercury Prize was a really big deal for us.
Jules: It’s been a really good year.

Your debut album finally came out – can you tell us a bit about it? Where was it recorded, who was involved, who produced it?
Jules: We recorded it at the Eastcote Studios in London with the producer Catherine Marks, within 12 days last summer. It’s so long ago now… but it was really fun!
Soph: It’s a really lovely handbuilt studio. We’ve done some of our first demos there as well.
Celia: It wasn’t shiny and new and scary looking, it was very cozy.

That sounds nice, it’s so much better to record at a studio where you feel comfortable and kinda like home.
All: Yeah, absolutely! 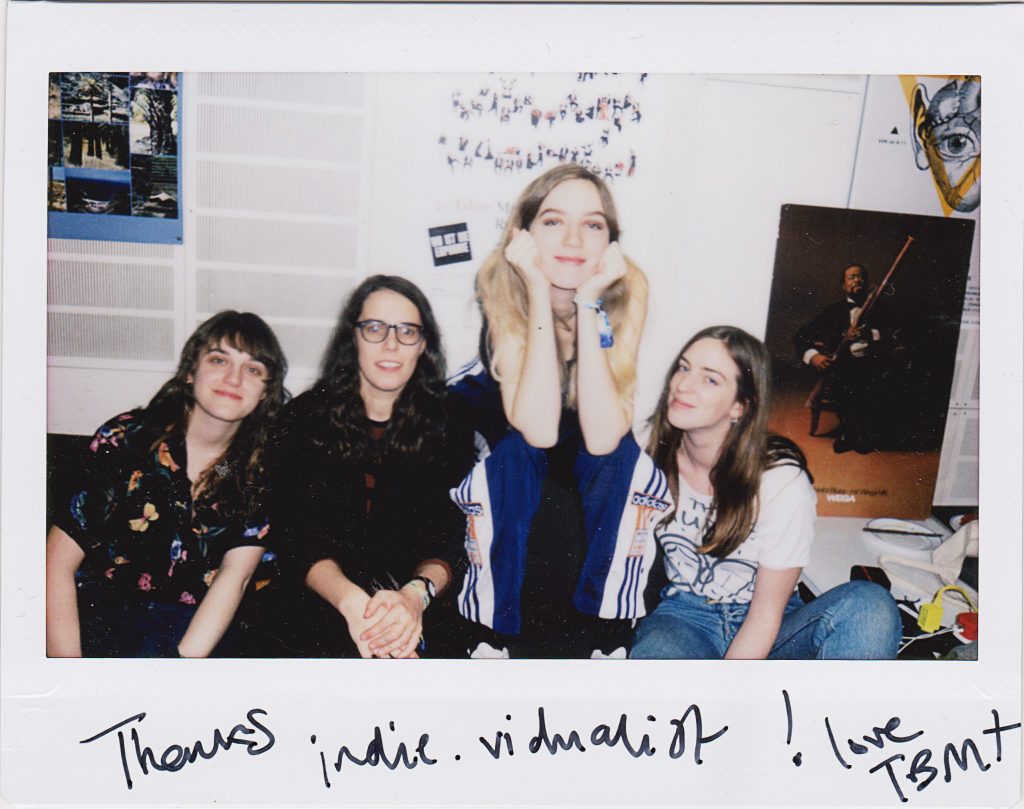 Let’s go way back to the time when the band was formed. How did you guys meet in the first place?
Fern: Jules hunted us down.
Jules: Yeah, I hunted them down like an assassin. But instead of killing you, I played you my demos.
Soph: Ha, exactly! We met through friends of friends and stuff.

Did all of you play in other bands before The Big Moon? Cause you, Fern, were playing with Kate Nash back in the day…
Fern: Yeah! Well there was a gap between leaving that band and joining this one, and in that time I played in various other bands. It was nice to go from playing just for other people to playing in my own band.

And who came up with that fabulous band name?
Jules: We’ve had so many band names. And when we were trying to think of a band name we – well I definitely – went mad and I was testing every single word in the dictionary until they all told me to shut the fuck up. I was opening my fridge like “Mmmmh… mustard? Butter?”. Butter would be quite good actually.

You’ve been on the road quite a lot. What has been your favourite place that you visited?
Jules: Munich. Right here, right now. (Editor’s note: Probably because of the food again.)
Celia: I liked Chicago, I liked Salt Lake City…
Jules: I had a good time in Hebden Bridge.
Soph: Oh yes! That was so nice!
Jules: We did a really big UK tour and went to a lot of towns we’ve never been to before and they were mostly really pleasantly surprisingly lovely!

How do you fight boredom on the tourbus?
Jules: When we were in America, we watched the whole first season of “The O.C” and the fifth season of “Friends”. That was when we had a TV. Usually we don’t.
Fern: We listen to music.
Soph: We stare out the window.
Jules: We text everybody else that we know, ha. And we play the game where you have to say band names starting with the last letter of the band name before and if you think of one like the Beach Boys – double b – you get to skip a go. You forget all the bands that ever existed. I don’t think I’ve ever won that game.

Speaking of other bands – if you could join another band for a week, which one would it be?
Jules: Someone really, really massive. I’d be like one of Lady Gaga’s dancers. Someone with great food, really comfy hotels where you don’t have to do anything.

So basically just a good holiday…
Jules: Yeah, but with jumping around on stage!
Soph: I’d love to be able to play drums really well and be a stand in for Stella from Warpaint for a week. I bet she has such a good time, all of the time. All her beats are so groovy.

You’ve been the backing band on Marika Hackman’s album, right? And you toured the U.S. together. What’s your favourite thing about her?
All: Awwww!
Fern: She smells so good!
Soph: She stopped that perfume.
Celia: Yeah, she switched perfumes.
Soph: It really freaked me out.
Fern: But she’s got a great natural smell.
Jules: No one really naturally smells like flowers.
Fern: You’ve got a smell though.
Jules: Do I smell like flowers?
Fern: No. (laughs) But you’ve got a smell and it’s comforting.
Fern: She’s really talented.
Jules: And she’s really funny.
Celia: She’s really easy to work with. She just gets on with stuff and she doesn’t pass on her stresses to you. I’m not saying she doesn’t get stressed, but if she does she doesn’t make that anybody else’s problem.
Soph: And she’s a great cook!!

Harry Potter or Star Wars?
Jules, Fern & Soph: Harry Potter!!!!
Celia: Ummm…
Soph: You’re a wizard, Celia!
Jules: Star Wars has never caught my attention long enough. I watched the first one many many times.
Fern: With Harry Potter you wouldn’t stop ’til you drop.
Soph: Maybe the Star Wars films are better than the Harry Potter films, but the idea of Harry Potter and the books…
Celia: I just wouldn’t compare them. But Harry Potter is a whole world that I grew up with, and I really really love it.

Which Hogwarts house would you sort yourself into? In case you haven’t done the Pottermore sorting test yet.
All: We’ve all done it!
Fern: I would sort myself into Ravenclaw, but I got Gryffindor.
Soph: I was Hufflepuff, but I think I have Gryffindor tendencies.
Jules: I’m Slytherin. That really changed how I felt about myself for a while.
Soph: You wanna be a dark lord.
Jules: It’s true, I am a Slytherin. 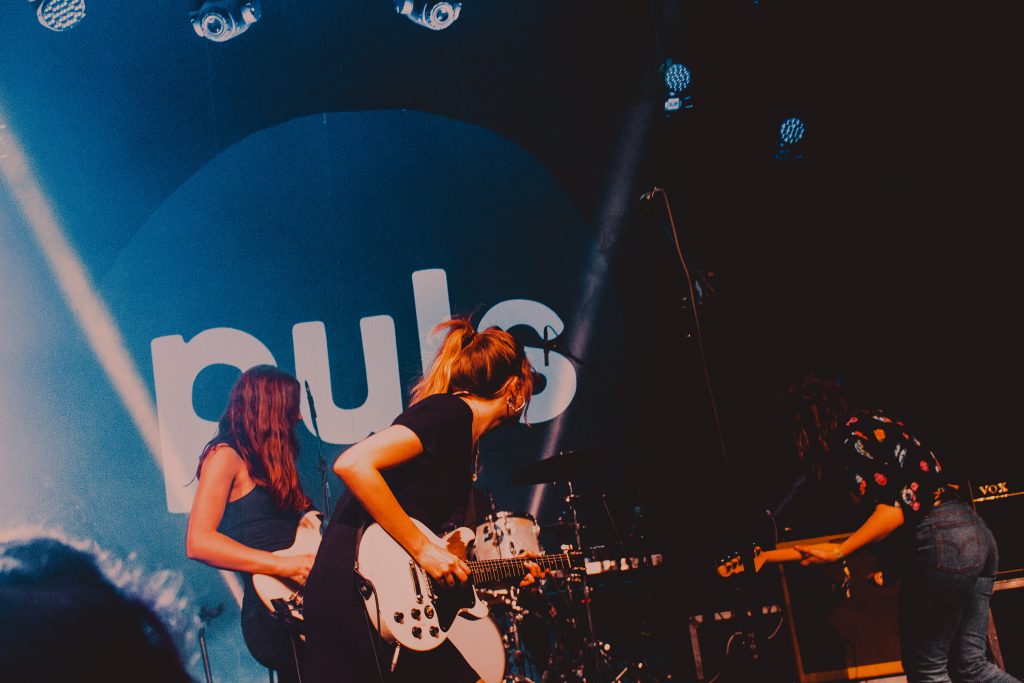 You inspire so many people – especially young girls – to do music… what advice would you give to younger people who are only just about to start with music?
All: Just keep on doing it! Keep on rockin’!
Jules: Just do the things that you enjoy doing – I mean obviously in general, but with music. Try to find a thing that you actually enjoy about it and do it for that reason.
Celia: Practice really hard so you get really good and also – play in a band with your friends instead of people that don’t like you and that you’re trying to impress.
Fern: I don’t give a shit what they think about me! (laughs)
Jules: Yep, and that’s why this works.

Do you have a favourite Christmas film?
Jules: Scrooged with Bill Murray.
Soph: A Christmas Carol, maybe…
Fern: The Grinch is good.
Celia: The Grinch… or White Christmas!
Soph: Judge me all you like, but “Love, Actually”.

Last, but not least – what are your plans for 2018?
All: We’re gonna make another album.
Soph: Practise. Play lots of shows, hopefully.
Jules: I’m gonna build a house.
Celia: For you to live in?
Jules: We can all live in it.
* banter about house building and what material would be the cheapest. They decided on bricks! YAY! * 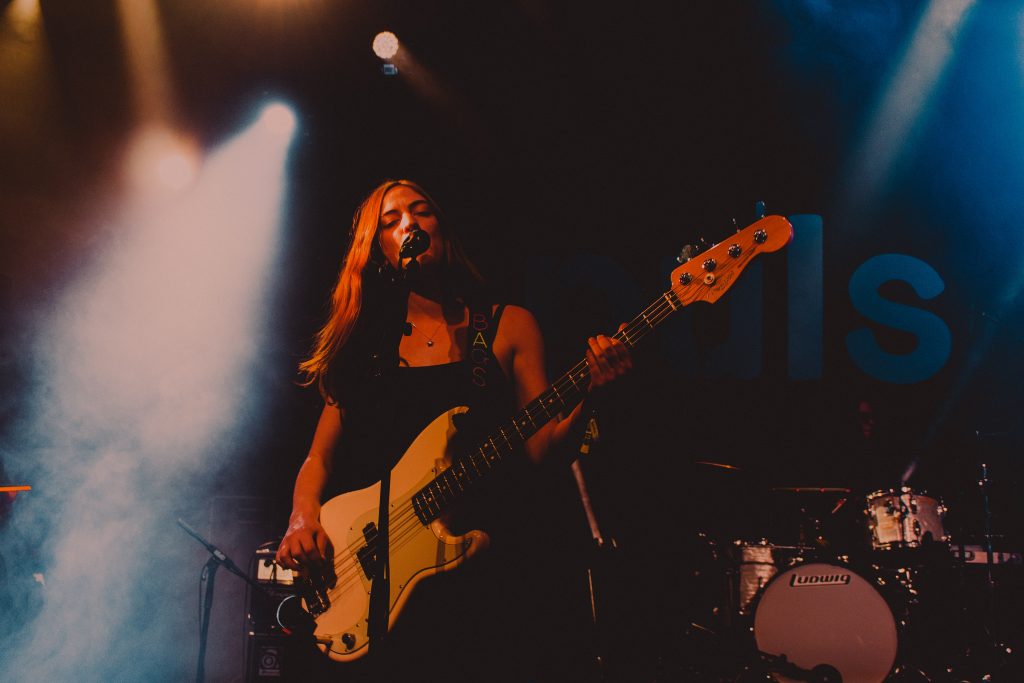 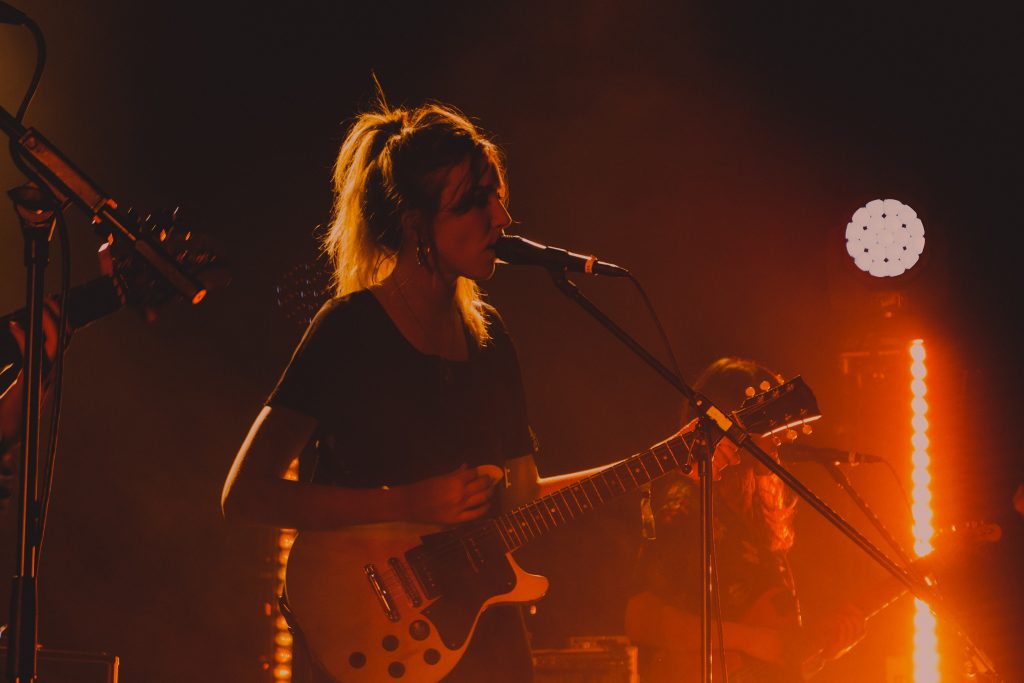 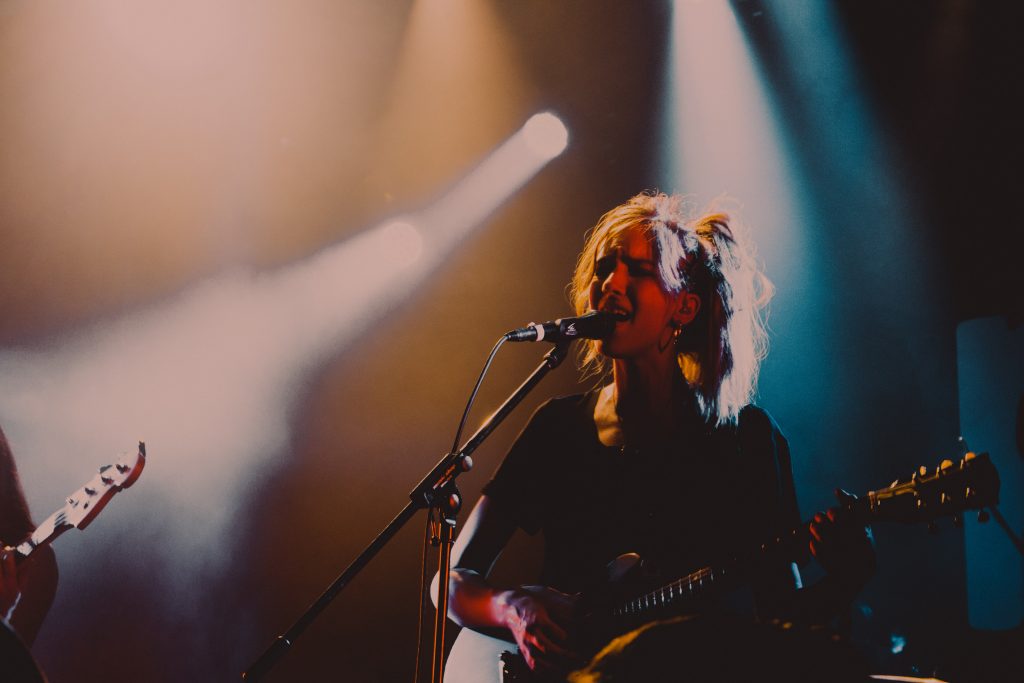 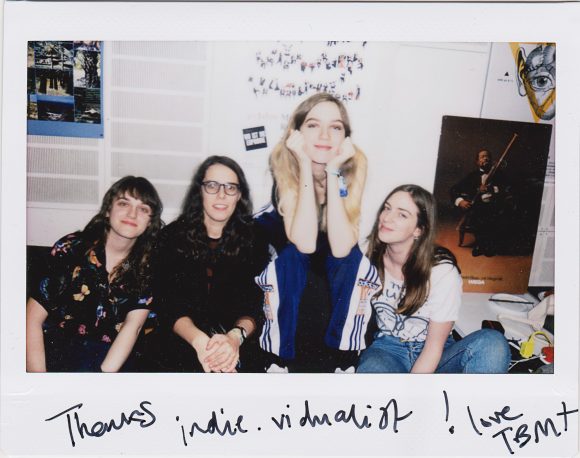